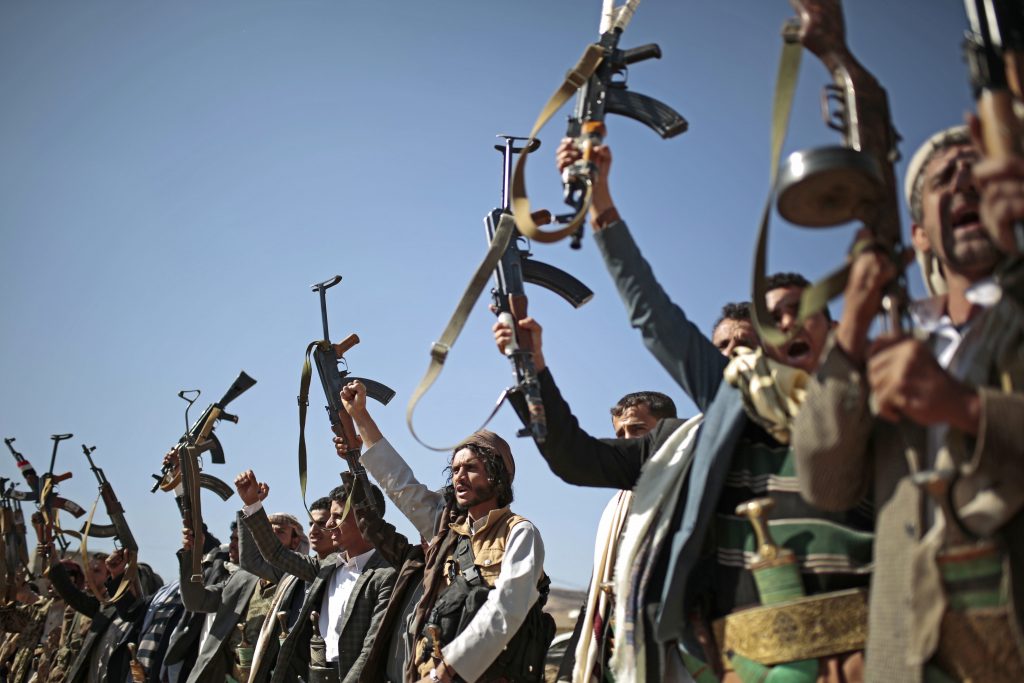 The House on Wednesday passed a resolution to end U.S. military support for the Saudi-led coalition operating in Yemen, a repudiation of President Trump’s continued cooperation with and defense of the kingdom and its crown prince, Mohammed bin Salman.

The measure passed 248 to 177, and was supported by 230 Democrats and 18 Republicans. It marks the end of a months-long campaign from the legislation’s sponsors, whom House Republicans blocked last year from bringing the measure to the floor — even as a bipartisan majority of the Senate voted to approve it. House Speaker Nancy Pelosi
(D-Calif.) had promised a vote on the measure when Democrats took over the House this year.

The war-powers legislation now heads back to the Senate, where sponsors said they are “hopeful” that similar numbers of Republicans and Democrats will vote for it when it comes up in the next few weeks. But even if they manage to pass the resolution in that body, Trump is already threatening to veto the measure — and Congress does not have the votes to overcome it.

The president’s advisers on Monday warned that the war powers resolution raised constitutional concerns and was “flawed” in its premise, as U.S. forces were not fighting on the ground in Yemen. Their statement also stressed that the United States had already curtailed the aerial refueling of Saudi planes, and that other forms of assistance the U.S. was providing, such as intelligence sharing and logistical support, wouldn’t fall under the auspices of the War Powers Resolution.

The measure would also “harm bilateral relationships in the region,” the president’s advisers wrote. Its sponsors, however, rejected that notion.

“This is exactly the type of hostilities that the framers of the War Powers Resolution contemplated,” Rep. Ro Khanna (D-Calif.) said in an interview.

But before the resolution passed the House, lawmakers attached an amendment to it stating that the measure would not restrict the collection and sharing of intelligence as the president deems appropriate. Intelligence sharing is a major piece of U.S.-Saudi cooperation, particularly since the administration ended the practice of refueling planes last year.

The House also voted to attach an amendment to the legislation condemning anti-Semitism, an apparent response to comments made earlier this week by Rep. Ilhan Omar (D-Minn.), for which she has apologized. Trump has nonetheless called on her to resign, prompting a retort from Omar that Trump had “trafficked in hate your whole life,” and charges from Democrats that Trump, who has refused to condemn white supremacists on multiple occasions, was being hypocritical.

Republican opponents of the Yemen resolution also argued that by focusing solely on ending U.S. support for Saudi Arabia’s campaign, the resolution “sends a green light to the Houthis and their Iranian backers to press on,” as House Foreign Affairs Committee ranking member Mike McCaul (R-Texas) put it.

Democrats objected to Republicans characterizing the resolution as soft on Iran, stressing that its chief motivation was to address the humanitarian crisis in Yemen caused by Saudi Arabia’s efforts to date to block aid from reaching those in need.

“We can go after Iran another time and heaven knows I’ve been the sponsor of many resolutions and bills sanctioning Iran,” House Foreign Affairs Committee chairman Rep. Eliot Engel (D-N.Y.) said. “There is a civil war going on now in Yemen and innocent children are dying. We have an ability to put an end to that and that’s what we should do with this humanitarian crisis; it’s critical that we don’t delay.”

Even if Trump ultimately vetoes the resolution, sponsors argued, the resolve of both the Senate and the House will send a message to the parties equipped to end the conflict.

“Each of these milestones, this has had a dramatic consequence on the actual negotiations in Yemen,” Khanna said, referring to the Senate’s passage of a similar resolution last year. “I do think the famine will be averted if the War Powers Resolution passes the House and Senate.”

Congress has never successfully passed a resolution under the authority Congress granted itself in the War Powers Act to end U.S. participation in hostilities, and less than a year ago, leaders of both parties still thought doing so was a bad idea.

But the killing of Saudi journalist Jamal Khashoggi prompted lawmakers to take a critical look at Saudi leaders, in particular Mohammed bin Salmon, whom many lawmakers have said is liable for the murder.

Trump has to date defended the crown prince’s denials of involvement. Last week, he also missed two congressionally mandated deadlines to report to lawmakers on the status of the humanitarian crisis in Yemen, and announce sanctions against which officials he deemed to be responsible for Khashoggi’s death — or explain why he was declining to do so.