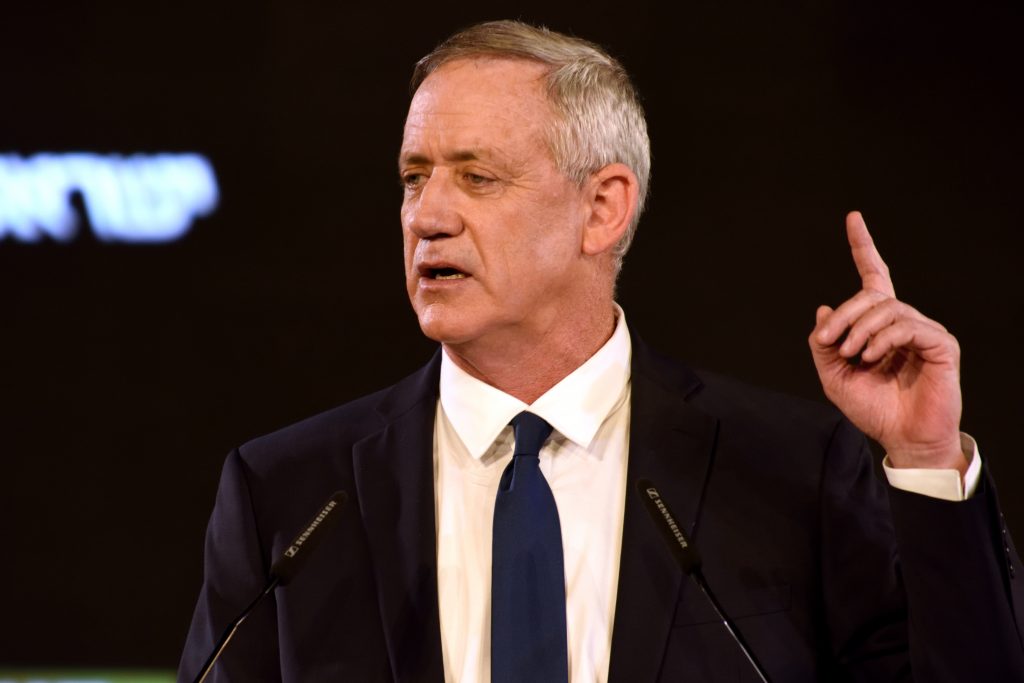 A sharp exchange took place on Wednesday between the Gantz and Likud campaigns over Prime Minister Binyamin Netanyahu’s break with Israel’s ambiguity policy regarding attacks in Syria.

Gantz said in a speech to party activists: “I ask and I demand — there is one thing that needs to be absolutely forbidden — harming the code of defense secrecy and boasting about secret IDF operations, which could endanger the lives of soldiers. The use of … our defense for campaign purposes crosses a red line and needs to stop immediately,” The Times of Israel reported.

Netanyahu had confirmed on Tuesday that Israel attacked Iran in Syria the day before. Israel has generally refused to comment on foreign media reports of attacks on targets in Syria attributed to the IDF, thereby making it easier for Iran and Syria not to retaliate. In recent weeks, Netanyahu’s been referring more openly to IDF operations across the border.

The Likud hit back at Gantz, saying, “The last one who should be preaching about morals is Gantz, who himself admitted that he endangered the lives of Golani soldiers on behalf of Palestinians.”

The reference was to a 2015 statement made by Gantz during his tenure as chief of staff saying the army took extra precautions during an operation in Gaza to avoid harming civilians, even though it meant increasing the risks for Israeli soldiers.