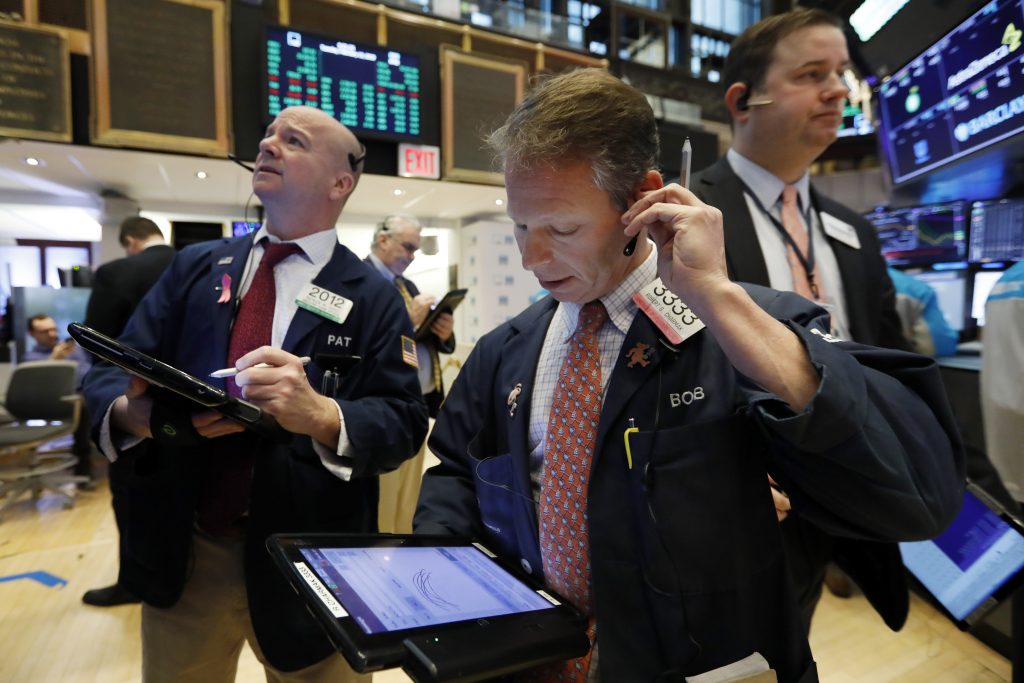 Technology companies and banks powered much of the rally, which had the market on track for its biggest gain this month and a three-day winning streak for the S&P 500 index.

The agreement on border security involves far less money for a wall than the White House wanted, and it’s not clear whether President Donald Trump will support the deal. Still, the move alleviates some uncertainty for the market ahead of talks that businesses hope will end a damaging trade war between the world’s biggest economies.

Both nations are trying to reach a deal before March 1. That’s when additional tariffs will kick in, escalating the conflict and further hurting companies and consumers with higher prices on materials and products.

Elsewhere, companies are wrapping up an earnings season that’s featured solid profit growth for the final three months of 2018, but caution about conditions going forward. Analysts predict profits will fall in the current quarter, according to FactSet.

THE QUOTE: While the tentative deal to avoid a shutdown is welcome news, the key issue being weighed by the market is U.S.-China relations, said J.J. Kinahan, chief market strategist for TD Ameritrade.

“It really becomes about the story of the day; what is the rumor on how China-U.S. negotiations are doing,” he said.

ACTIVE WEAR: Under Armour climbed 8.2 percent after the maker of sportswear beat Wall Street forecasts. A surge in international sales offset a downturn in Under Armour’s U.S. sales.

FAULTY TAP: Molson Coors plunged 9.3 percent as lower sales volume sunk revenue and profit during the fourth quarter. The brewer will also restate some past results. The maker of Molson and Coors beer said tax accounting errors in 2016 and 2017 prompted the restatements.

JAB is offering to buy up existing stock from shareholders at $11.65 per share, a 20 percent premium from its closing price on Monday. The goal is to eventually own 60 percent of the company’s stock. Coty’s CEO, Camillo Pane, recently resigned from the company, which faces supply chain and revenue difficulties.

OVERSEAS: Markets in Europe and Asia are also broadly higher. Fears of a global slowdown still linger as the US and China head into trade talks. Britain, Europe broadly and China have all reported slower economic growth.

OIL: U.S. benchmark crude rose 2.1 percent to settle at $53.50 per barrel in New York. Brent crude, the standard for international oil prices, gained 2 percent to close at $62.71 per barrel in London.