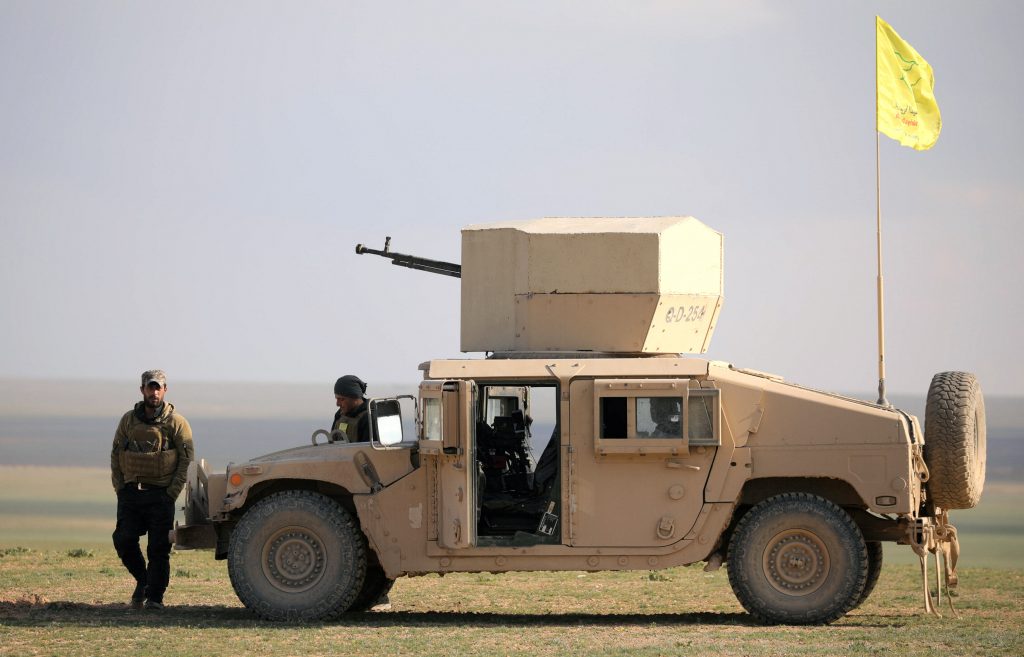 “The enemy is fully entrenched and ISIS fighters continue to conduct counterattacks,” said coalition spokesman Colonel Sean Ryan in an email, adding it was “too early for a timetable” on when the operation might end.

Baghouz, a village on the east bank of the Euphrates at Syria’s border with Iraq, is Islamic State’s last territorial foothold in the U.S.-led coalition’s area of operations.

However, it still holds land in central Syria in a remote desert area otherwise controlled by the government. In places it lost in Syria and Iraq it was able to go to ground and has launched deadly guerrilla attacks.

Even after Baghouz is captured, there will have to be clearing operations to rid the village of explosive booby traps left by Islamic State to kill civilians, Ryan said.

The fight is being waged by the Syrian Democratic Forces (SDF) militia, which has seized about a quarter of the country, mostly through the U.S.-backed campaign against Islamic State.

On Monday, columns of white smoke from coalition air strikes were visible and trucks crammed with fleeing civilians drove along a dusty track out of the enclave, a Reuters witness said.

Coalition air power, crucial to the SDF’s advances, has leveled entire districts of towns and cities in the fight against Islamic State, though it says it takes care to avoid hitting civilians.

On Tuesday, the Syrian Observatory for Human Rights said at least 70 civilians had been killed and wounded by air strikes that it said hit a camp for civilians in Baghouz, and that 16 civilians were killed in strikes overnight.

Ryan said the coalition was aware of the report and was looking into it. “The coalition continues to strike at ISIS targets whenever available,” he said.

SDF spokesman Mustafa Bali said on Monday that many civilians remained in Baghouz, compelling the militia to go cautiously. It believes 400-600 jihadists may still be dug in there.