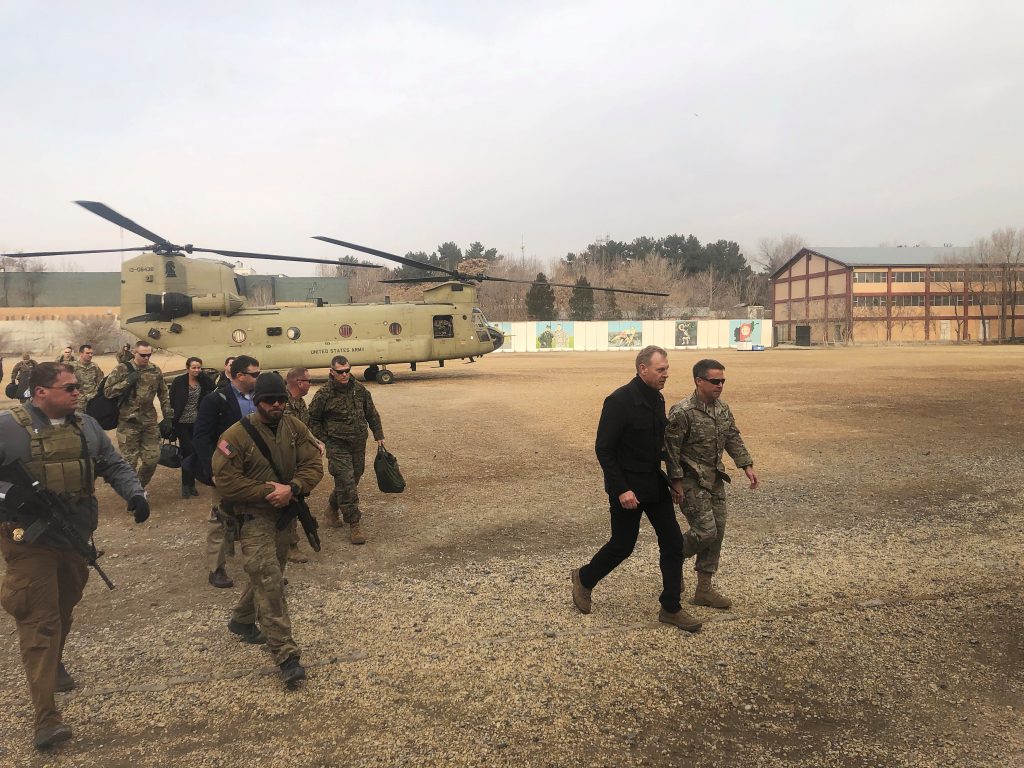 The top Pentagon official arrived in Baghdad on Tuesday to consult with American military commanders and Iraqi government leaders on the future U.S. troop presence in Iraq.

Pat Shanahan, the acting secretary of defense, said before his unannounced trip that he wanted to hear firsthand about the state of Iraq’s fight against remnants of the Islamic State group. Shanahan, who is on his first visit to Iraq, is also to meet with Prime Minister Adel Abdul-Mahdi.

In remarks to reporters after leaving Washington on Sunday, Shanahan declined to say whether he would propose that additional U.S. special operations troops be brought to Iraq to, in effect, compensate for a pullout from Syria to begin within weeks.

The U.S. has about 5,200 troops in Iraq to train and advise its security forces, 16 years after the U.S. invaded to topple Saddam Hussein.

President Donald Trump upset Iraqis by saying earlier this month that U.S. forces should use their Iraqi positions to keep an eye on neighboring Iran. That is not the stated U.S. mission in Iraq, and Iraqi officials have said Trump’s proposal would violate the Iraqi constitution.

Trump also has angered Iraqi politicians by arguing that he would keep U.S. troops in Iraq and use the country as a base from which to strike extremists in Syria if necessary, after the 2,000 troops now in Syria depart in coming weeks.

Curbing foreign influence has become a hot-button issue in Iraq after parliamentary elections last year in which Shiite politicians backed by Iran made significant gains. Meanwhile, Shiite militias that fought alongside U.S.-backed Iraqi government troops against IS in recent years, gained outsized influence along the way.

This political tension formed the backdrop to Shanahan’s visit, which marks his first time in Iraq. He took over as the acting Pentagon chief after Jim Mattis resigned as defense secretary in December. It’s unclear whether Trump will nominate Shanahan for Senate confirmation.

On Monday Shanahan was in Afghanistan, where he met with U.S. troops and President Ashraf Ghani amid a U.S. push for peace talks with the Taliban. Trump has indicated he would like to get U.S. troops out of Afghanistan after 18 years of war, but Shanahan said he has no orders for a troop drawdown.

Although Afghanistan is America’s longest war, fighting in Iraq has taken a heavier toll on American lives. President Barack Obama pulled troops out of Iraq in December 2011 but sent them back in smaller numbers in 2014 after the Islamic State group swept across the border from Syria and took control of much of western and northern Iraq.

Since the height of its self-proclaimed caliphate that included a third of both Iraq and Syria, IS-held territory has now shrunk to a sliver of territory in eastern Syria where remaining Islamic State militants are fighting back.

Trump has not publicly called for a U.S. withdrawal from Iraq, although he often calls the 2003 invasion a colossal mistake and has said the U.S. should have taken Iraq’s oil as compensation for getting rid of Saddam.