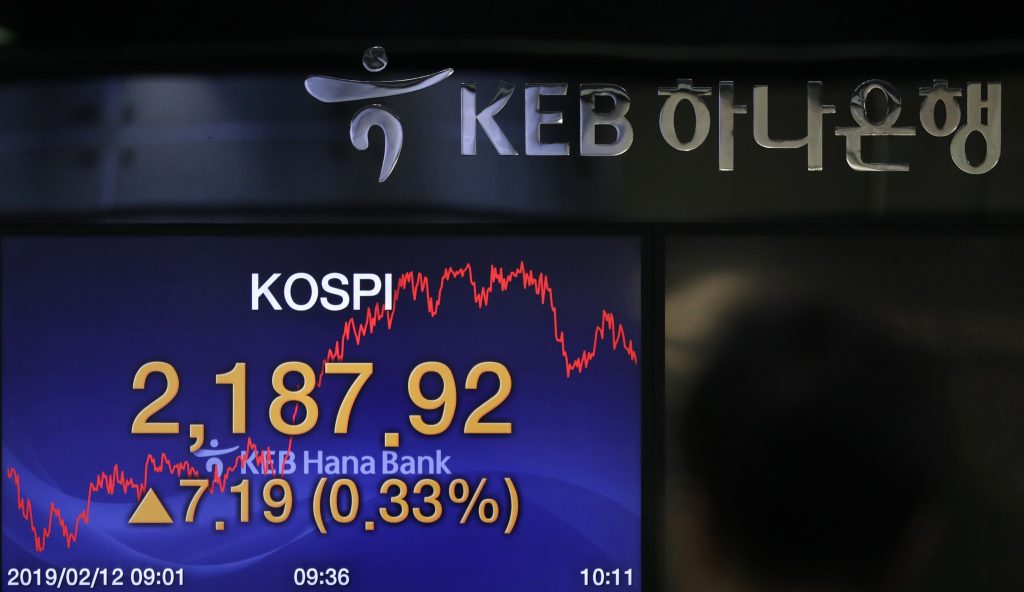 Asian shares gained on Tuesday as investors hoped that a new round of U.S.-China trade talks would help to resolve a dispute that has dented global growth and some corporate earnings.

Market sentiment also got a boost on news that U.S. lawmakers had reached a tentative deal on border security funding that could help avert another partial government shutdown due to start on Saturday. Congressional aides, however, said it did not contain the $5.7 billion President Donald Trump wants for a border wall.

Japan’s Nikkei advanced 2.6 percent after a market holiday on Monday, lifted by a weaker yen.

U.S. and Chinese officials expressed hopes that the new round of talks, which began in Beijing on Monday, would bring them closer to easing their months-long trade war.

Beijing and Washington are trying to hammer out a deal before a March 1 deadline, without which U.S. tariffs on $200 billion worth of Chinese imports are scheduled to increase to 25 percent from 10 percent.

“There will be no winner in a trade war. So at some point they will likely strike a deal,” said Mutsumi Kagawa, chief global strategist at Rakuten Securities in Tokyo.

Analysts are now expecting U.S. corporate earnings for the current quarter to drop 0.2 percent from last year, which would be the first contraction since the second quarter of 2016.

In the currency market, the dollar held firm until Monday, having gained for eight straight sessions against a basket of six major currencies, its longest rally in two years.

Although the Federal Reserve’s dovish turn dented the dollar earlier this year, some analysts noted the U.S. currency still has the highest yield among major peers and that the Fed continues to shrink its balance sheet.

Growing evidence of a loss of momentum in the global economy has also lifted the U.S. currency, most recently led by the European Commission’s downgrade of growth in Europe, making the dollar a better investment option by default.

Oil prices ticked up after falls on Monday as traders weighed support from OPEC-led supply restraint and a slowdown in the global economy.