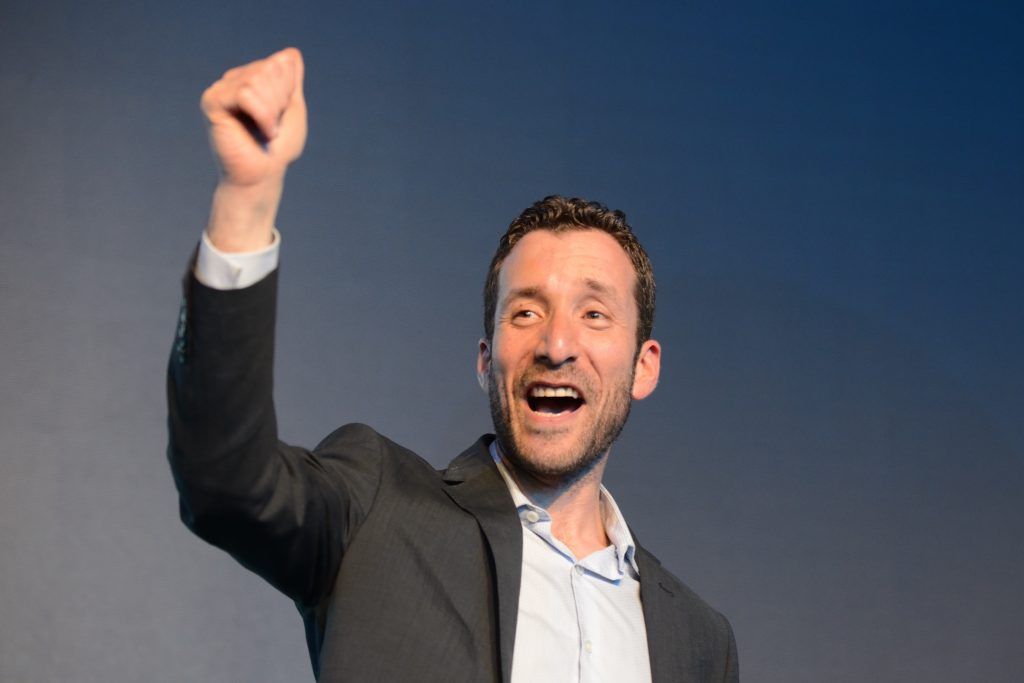 With the Labor primaries over, the party faces its major test – appealing to voters in order to ensure Knesset representation, not at all a sure thing based on recent polls. As a result of those polls, Yisrael Hayom reported, Labor officials have been in recent weeks discussing a possible merger of the whole Labor Party or significant parts of it with Meretz. The move is favored mostly by MKs who did not make it into the top five slots on the Labor list, considered safe bets for a Knesset seat, the report said.

About 55 percent of Labor members voted in Monday’s primary, a total of 33,690 people – and the top members of the list are themselves from the leftist wing of the party, and would likely be in favor of a merger with Meretz.

Avi Gabbay is at the head of the list, and the number two slot is open for a candidate of his choice. Gabbay said Tuesday that the list chosen by party members was “excellent,” and that he might not need to appoint anyone to the number two slot, instead allowing those below to move up one slot.

The number three slot belongs to Itzik Shmuly, followed by Stav Shafir, Shelly Yechimovich, Amir Peretz, Merav Michaeli and Omer Bar-Lev – most of whom have been active chiefly on social issues, and whose views on security and the Palestinians are close to those of Meretz MKs.

Commenting on the results, National Union MK Betzalel Smotrich said in a social media post that “Labor chose for itself a list that is a second-rate Meretz – they’re better off with the original.”

Far down on the Labor list is MK Eitan Cabel, one of the Labor MKs who were outspoken about the poor leadership of Gabbay. Speaking Tuesday morning, Cabel, who came in 15th on the list, said he “has no regrets about what I did, and I would do it all over again. I am ending this campaign with my head held high, and I thank all those who placed their confidence in me.”

Speaking to Reshet Bet, Cabel said that there was no doubt that “Gabbay wanted me gone from the list, and he got what he wanted. I got slapped in the face by party members – but unfortunately they don’t realize that I am not the problem causing this party’s poor performance.”

The Yisrael Hayom report said that the Meretz and Labor MKs might form a united party under a different name, placing itself before voters as the “Zionist Left” choice. Officials in both parties who are promoting the idea point to internal polls that show such a party getting north of ten Knesset seats, thus saving both Meretz and Labor, each of which is close to the elections threshold, according to polls. According to the report, an event will be held in Tel Aviv Tuesday night to discuss the idea publicly. The event is being sponsored by Meretz MK Nitzan Horowitz.