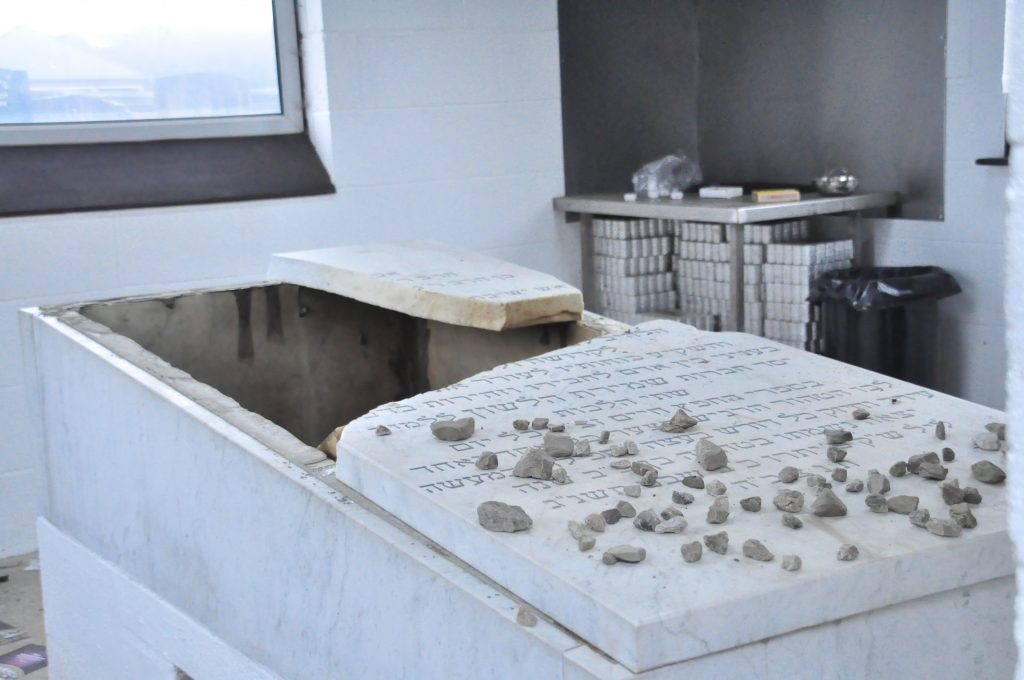 The matzeivah over the kever of Harav Yehudah Zev Segal, zt”l, in the Phillips Park beis olam, Whitefield, Manchester, was damaged last weekend. The damage was caused by a gang of criminals and took place early on Shabbos morning between 2:00 and 4:00 a.m.

The non-Jewish sexton, who lives adjacent to the beis olam, discovered the damage and met with representatives from the Burial Board directly after Shabbos. The police were informed and a Scene of Crime officer visited the cemetery on Sunday morning.

The police revealed that the damage to the ohel followed a series of break-ins that the gang had perpetrated further along the lane that same night. A number of houses and a mobile phone tower within a half-mile radius had been broken into and ransacked.

Evidence suggests that a gang of thieves, possibly professionals, had been active that night.

The gang first broke into a chapel at the cemetery and stole metal piping, breaking sinks in the process. When they entered the small building erected as an ohel for the Rosh Yeshivah, they saw a notice asking for donations to the Manchester Yeshivah Kollel. The gang apparently did not realize that no actual cash is ever left in the ohel; rather, they assumed that the slots in the side of the stone in the ohel were for inserting money. Of course, the slots were filled with many kvitlach, placed by innumerable Yidden who were pouring out their hearts to Hashem, not donations.

After breaking the stone and discovering their error, the gang took some electrical equipment, taps and piping that had some monetary value, then fled. Although some leaflets were scattered on the floor, no other items of kedushah were touched or desecrated.

The police are tentatively treating the incident as a hate crime.

Greater Manchester Police issued a statement: “I understand that this incident will have caused distress to many members of our community, and we are working alongside our partners including Community Security Trust to ensure that those affected are fully supported.”

Anxious individuals from around the world who have family buried in Phillips Park have been enquiring whether any other matzeivos were damaged. However, the sexton stated emphatically that no other grave has been damaged.

Security at the beis olam is being urgently reviewed.