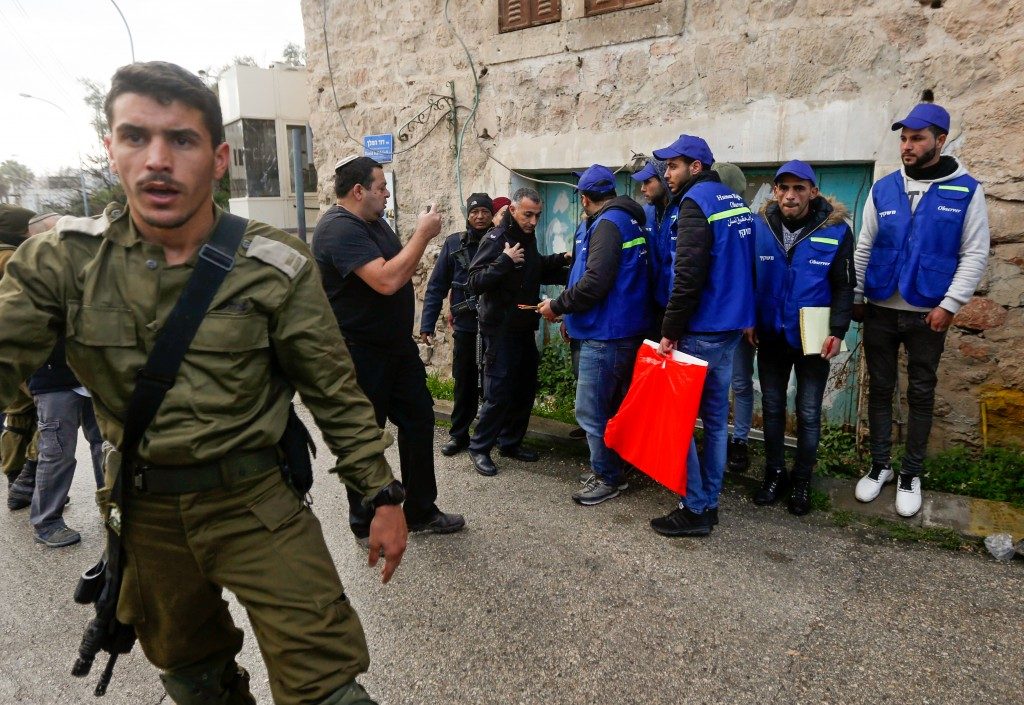 Israeli Prime Minister Binyamin Netanyahu did the right thing last week in terminating the mandate of the Temporary International Presence in Hebron (TIPH). There is no reason for Israel to invite a U.N. team to the City of Our Patriarchs to slander and assault Jewish soldiers and civilians there.

The TIPH, with its 64-member team, has been around since 1994, stretching the meaning of “temporary.” It was supposed to serve as an unbiased observer that promoted peace and stability by ensuring compliance of both sides to signed agreements. Instead, it turned into a biased observer that went out of its way to create friction with Jews.

A senior police official stationed in Chevron, Morris Chen, put it this way in recent testimony before the Knesset Foreign Affairs Committee’s subcommittee on Yehudah and Shomron: “There isn’t a week that goes by when TIPH observers don’t start up with Chevron residents and the police.”

Last July, for instance, a security camera caught the TIPH legal counsel cursing a young Jewish boy and slapping him across the face, sending his kippah flying.

Later that month, Hadashot News aired camera footage showing a uniformed member of TIPH slashing the tires of a Jewish civilian in Chevron.

This was too much for former Knesset Member Orit Strook, a resident of
Chevron, who teamed up with the Knesset Land of Israel Lobby, the Yesha Council and the Jewish community of Chevron to pressure the government not to renew the TIPH’s mandate. Her effort culminated in the prime minister announcing that “[w]e will not allow the presence of an international force that operates against us.” The mandate of TIPH, which comes up for renewal every six months, was allowed to expire on January 31.

As expected, the announcement sparked a fierce reaction. PLO Secretary-General Saeb Erekat said the United Nations should “guarantee the safety and protection of the people of Palestine not only ensuring the continued presence of TIPH in Hebron but also to deploy permanent international presence in Occupied Palestine, including East Jerusalem, until the end of Israel’s belligerent occupation.”

The foreign ministers of the six contributing countries of the TIPH were equally upset, if a bit more diplomatic. “We regret the unilateral decision by the Israeli government not to renew the mandate …,” the ministers of the countries that provide observers to TIPH — Norway, Denmark, Sweden, Switzerland, Italy and Turkey — wrote in a joint statement.

To be sure, Chevron is a flashpoint. An agreement signed at Wye Plantation in 1998 between then-Prime Minister Binyamin Netanyahu and PLO chief Yasser Arafat divided the city into two sections: H1, which includes 80 percent of the city and lies under full Palestinian control, and H2, which is under Israeli military control and is where several hundred Jews live in heavily guarded compounds surrounded by 40,000 Palestinians.

But TIPH was a match that risked a conflagration. It “created an atmosphere of conflict, not a congenial atmosphere of peace,” according to Yishai Fleisher, international spokesperson for the Jewish community of Chevron.

Nonetheless, as expected, the United Nations Security Council was prepared to vote on a statement expressing “regret” at Israel’s “unilateral decision” and issue a call for “calm and restraint.”

The text warned Israel that it has an obligation under international law “to protect the Palestinian civilian population in Hebron” as well as the rest of Yehudah and Shomron, an implied criticism that this wouldn’t happen without the presence of a U.N. team on the ground.

The proposed statement, circulated by Kuwait and Indonesia and obtained by AFP, stressed “the importance of the mandate of the TIPH and its efforts to foster calm in a highly sensitive area and fragile situation on the ground, which risks further deteriorating, as reflected in the escalating cycle of violence.”

As usual, it was left to the United States to be the voice of reason at the United Nations, to drag it back to reality.

Washington blocked the statement, as it has blocked other actions. It is only in the current climate, that began with former Ambassador to the United Nations Nikki Haley placing the world body’s anti-Israel bias at the top of her agenda, that Israel could have rid itself of the dangerous TIPH without suffering consequences in the international arena.