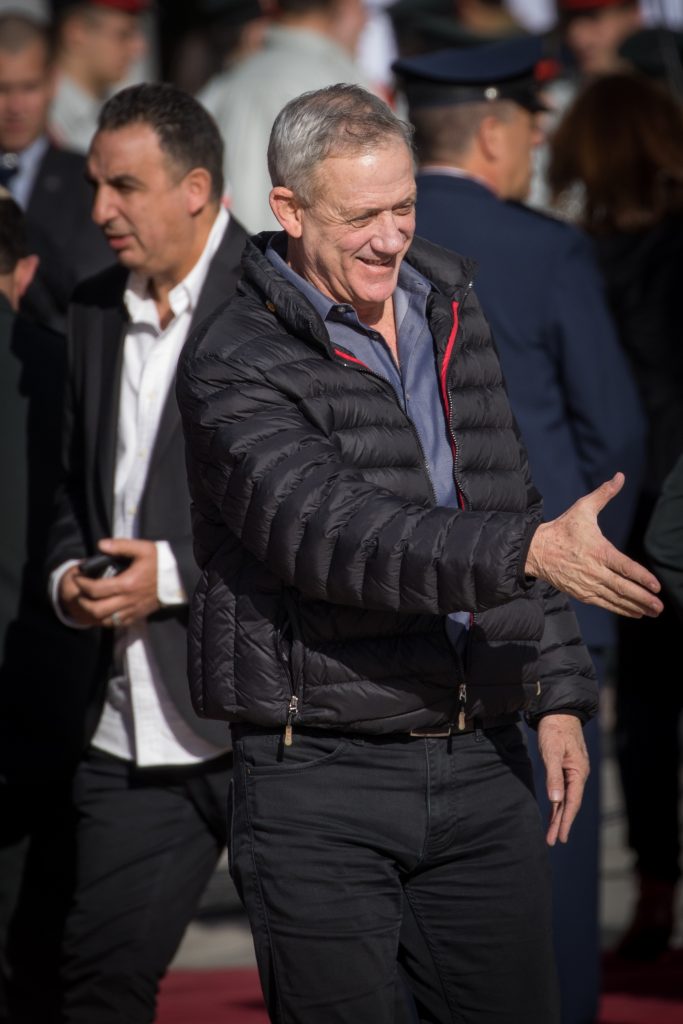 Former IDF chief of staff Benny Gantz demonstrated on Tuesday that his skill in mounting attacks on the battlefield extends to political attack ads as well.

In a series of campaign videos released by his Israel Resilience party, Gantz villifies Prime Minister Binyamin Netanyahu for his handling of Hamas.

One video shows Israeli civilians in Gaza-adjacent communities rushing to bomb shelters with sirens blaring. “Netanyahu pays Hamas murders $15 million every month in cash,” the text on the screen says. “In return, southern residents have been targeted with hundreds of rockets, arson kites and firebombs that have burned tens of thousands of dunams of land.

In another, other senior Likud figures are blamed with Netanyahu for the 2005 withdrawal from Gush Katif in Gaza.

The Likud struck back:

“Netanyahu was against the disengagement and resigned in protest against it from the Sharon government. Benny Gantz wants to promote a second disengagement from Yehudah and Shomron, and Abbas is encouraged by what he says. Netanyahu – means a strong right. Benny Gantz – a weak left,” the Likud said.

Meanwhile, Gantz received attention of another kind—to his financial dealings.

According to Globes, Gantz last month made a whopping 440,000 shekel pre-tax profit on the sale of options in Amot Investments, a real estate company on whose board he sits as an external director.

Gantz is also a director of Elron Electronic Industries, which is active in medical devices and cyber-security, and is controlled by Eduardo Elsztain’s Discount Investment, Globes also noted.

There was not mention of anything illegal or unethical in the report.