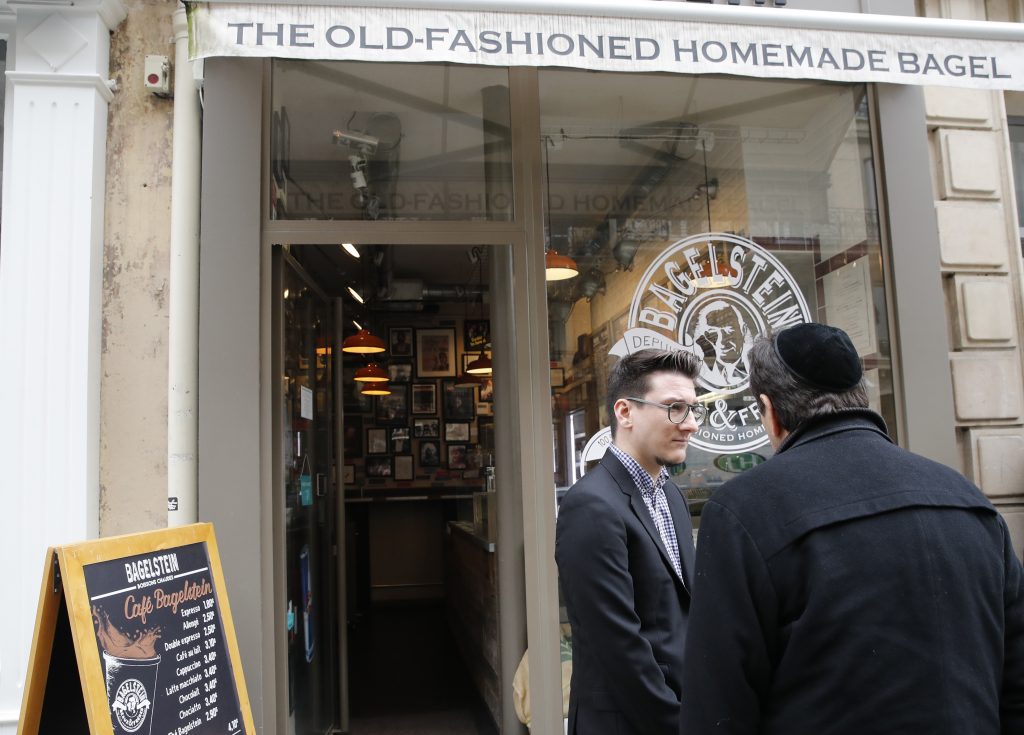 Portraits of a Holocaust survivor stained with swastikas. A memorial in honor of a Jewish man vandalized. A bagel shop with the German word “Juden” sprayed on its front window.

These are just a few of the hundreds of anti-Semitic acts that have been committed in recent months in France, home to the world’s largest Jewish population outside Israel and the United States.

According to French authorities, registered incidents of anti-Semitism rose to 541 last year from 311 in 2017, an increase of 74 percent.

“These acts are revolting,” Prime Minister Edouard Philippe said at the French parliament on Tuesday. “Day after day I’m noticing scandalous degradation and inscriptions. Day after day, I’m noticing that symbols and venues our country cherishes are attacked.”

A judicial official told The Associated Press that Paris prosecutors have opened four investigations following incidents in the French capital last weekend. The official was not authorized to be publicly named because the investigations are ongoing.

“Anti-Semitism is spreading like a poison, like a venom,” Interior Minister Christophe Castaner said while attending a ceremony at the memorial of a young Jewish man who was tortured to death in 2006. Two trees planted at the scene where Ilan Halimi was found dying in a Paris suburb have been vandalized.

Castaner did not link the rise of incidents to any specific groups. Some members of the yellow vest movement are known for extremist views, and several anti-Semitic incidents have occurred amid weekly anti-government protests that started in November.

“Anti-Semitic tags up to nausea in the heart of Paris this weekend,” Potier tweeted with a picture of a wall with a derogatory inscription insinuating that French President Emmanuel Macron was just a tool of a supposed Jewish plot.

“When the hatred of the Jews overlaps with the hatred of democracy, the vocabulary of the fachosphere (the sphere of fascists) is found on the walls,” Potier wrote.

In addition to the desecration of the Ilan Halimi memorial, portraits of the late Simone Veil drawn on mailboxes were daubed with swastikas. A survivor of Nazi death camps and a European Parliament president who died in 2017 Veil was also one of France’s most prominent female politicians.

In a separate incident, one of the founders of bagel chain Bagelstein said the word “Juden” was painted on the window of one of their restaurants in Paris. He said the graffiti was found before the yellow vest demonstrations that took place Saturday.

Concerns that anti-Semitism might be growing in France pre-dated the protests that were started in the fall to oppose fuel tax increases. In a speech to a leading Jewish group last year, Macron pledged to protect France’s Jews.

In 2012, three children and a teacher from a Jewish school were killed by an Islamic extremist in the southwestern city of Toulouse. In 2015, four customers of a Paris kosher supermarket were slain by another extremist.