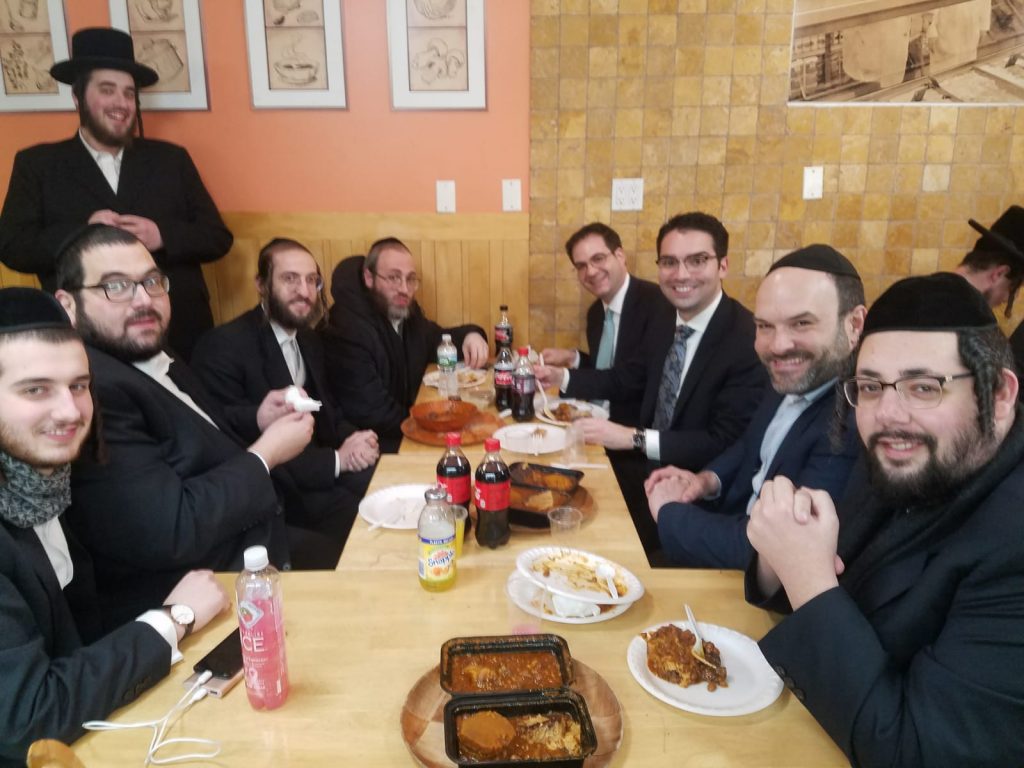 With yeshivos in New York facing their direst threat since its modern, postwar rebirth, three prominent Roshei Yeshivah are seeking to harness an upcoming, little-noticed race in New York City to send a strong message that government should respect the independence of nonpublic schools.

In a letter to the community made available exclusively to Hamodia, Harav Yaakov Bender of Darchei Torah, Harav Elya Brudny of Mir and Harav Yisroel Reisman of Torah Vodaath are calling on the community to vote for Eric Ulrich, a councilman representing Queens, for public advocate.

Ulrich, the only realistic Republican running in the Feb. 26 race, which features a record 17 candidates, was described in the letter as “a longtime, proven friend of our community.”

“Electing Eric Ulrich as public advocate,” write the three Roshei Yeshivah, who have been intensely involved in the battle for yeshivos, “will send a loud and clear message to the forces in New York that are looking to control the education of yeshivah children. Councilman Ulrich will use his position of public advocate to fight the New York City and state on our behalf.”

This is the first time any of the three Roshei Yeshivah have gotten involved together in citywide politics, according to a source involved in drafting the letter. They are taking the unusual political move due to the drastic threat facing the yeshivah community. The three have taken a public role in the yeshivah crisis, meeting with state officials and issuing calls to alert the community to the peril faced by yeshivos.

Ulrich, who studied in and sends a daughter to Catholic schools, has publicly spoken out in an op-ed and on Twitter against attempts by the city and state education departments to interfere with parochial schools. He made the same argument in an interview with Hamodia, which will be published in next week’s paper.

“Who is standing up for yeshivah parents right now other than the elected officials who represent these communities? Nobody,” Ulrich said. “Wouldn’t it be great, as a matter of a referendum, to send a message to the state department of education, to the governor, to the mayor, hey, we’re not going to be taken for granted anymore? We’re not second-class citizens. Stop ignoring us or pretending that you can only come around election day and come for votes, and then something that’s so important to us, it’s a way of life for us, you’re just going to completely turn a blind eye to.”

The special election was called by Mayor Bill de Blasio to replace Letitia James, who won an election in November to become state attorney general.

In a separate letter, a group of Sephardic Rabbanim also called on the community to vote for Ulrich, saying that it “will send a loud message to the progressive forces that are looking to control the education of yeshivah children.”

That second letter was signed by, among others, Chacham Chaim Benoliel of Congregation Bnai Yosef, Chacham David Ozeirey of Yad Yosef Torah Center, Chacham Shaul Maslaton of Ahi-Ezer Congregation and Chacham Yitzchak Yisraeli, the chief rabbi of the Bukharian communities.

The state Education Department in November imposed for the first time a list of guidelines yeshivos and other nonpublic schools must adhere to in order to meet the constitutionally mandated “substantial equivalence” to their public counterparts. The guidelines mandate four and a half hours of secular studies a day and demand that yeshivos teach about all value systems.

The standards were widely condemned as an unconstitutional interference into religious institutions. The Catholic school system stated that they would not submit to inspections and a yeshivah umbrella group informed the state agency that yeshivos would not be changing their schedules.

There are 17 candidates running for public advocate, a position of ambiguous powers but with an outsized stage to run for higher office. The current mayor, Bill de Blasio, and state attorney general, Letitia James, used the seat as a springboard for higher office.

With support for so many candidates spread widely across the city — as well as the expectation that turnout in the race will be light — the Roshei Yeshivah made the case that the Orthodox community has the ability to have a substantial role in choosing the next public advocate.