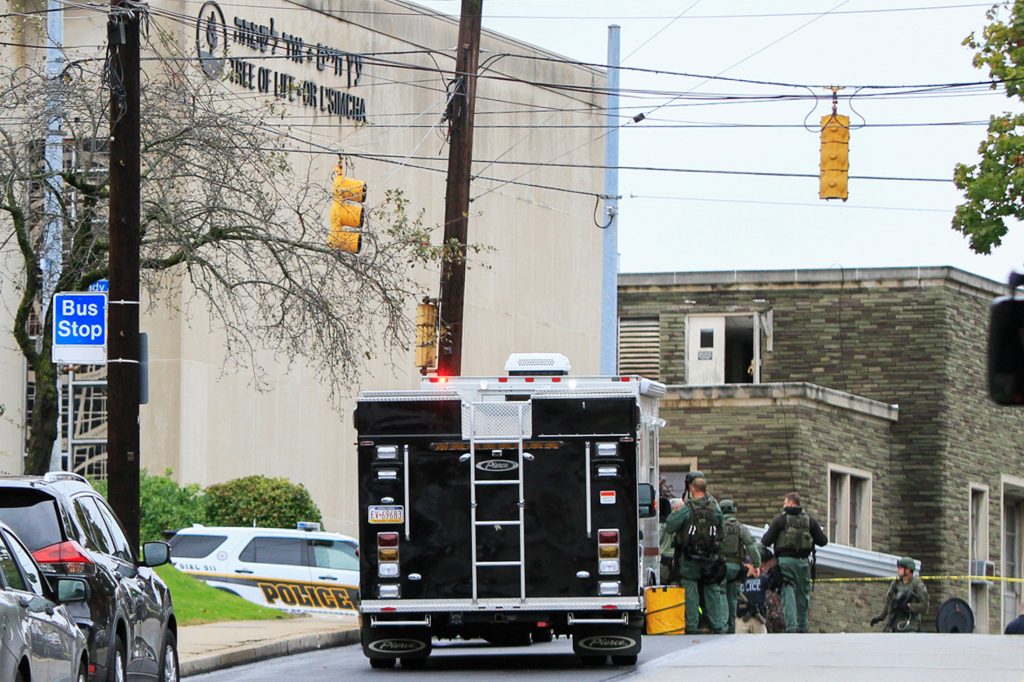 A truck driver accused of killing 11 Jews and wounding seven others during an attack on a Pittsburgh congregation has pleaded not guilty.

Forty-six-year-old Robert Bowers was in federal court Monday and pleaded not guilty to a new indictment that added 19 additional counts.

His attorney, Judy Clarke, says the defense is hoping the case can be resolved without going to trial. Clarke is a noted death penalty lawyer whose past clients have included one of the Boston Marathon bombers, a 9/11 conspirator and Unabomber Ted Kaczynski.

A grand jury on Jan. 29 added 19 counts to the 44 he had faced in the shooting at the congregation. The additional charges include hate crimes violations, obstruction of religious belief and the use of a firearm during crimes of violence.

Bowers, of Baldwin, Pennsylvania, is accused of targeting Jews when he attacked Oct. 27, while services were being held. Seven people were wounded in the rampage, including five police officers.

Investigators say Bowers posted criticism of a Jewish charity on social media before the attack, claiming the immigrant aid society “likes to bring invaders that kill our people.” Authorities said he told investigators that “all these Jews need to die.”

Bowers has been incarcerated in the Butler County Prison, about 35 miles north of the shooting scene. If convicted of the most serious offenses, he could be sentenced to life without parole.

A spokeswoman for federal prosecutors in Pittsburgh said a decision about whether to pursue the death penalty against Bowers remains under review.