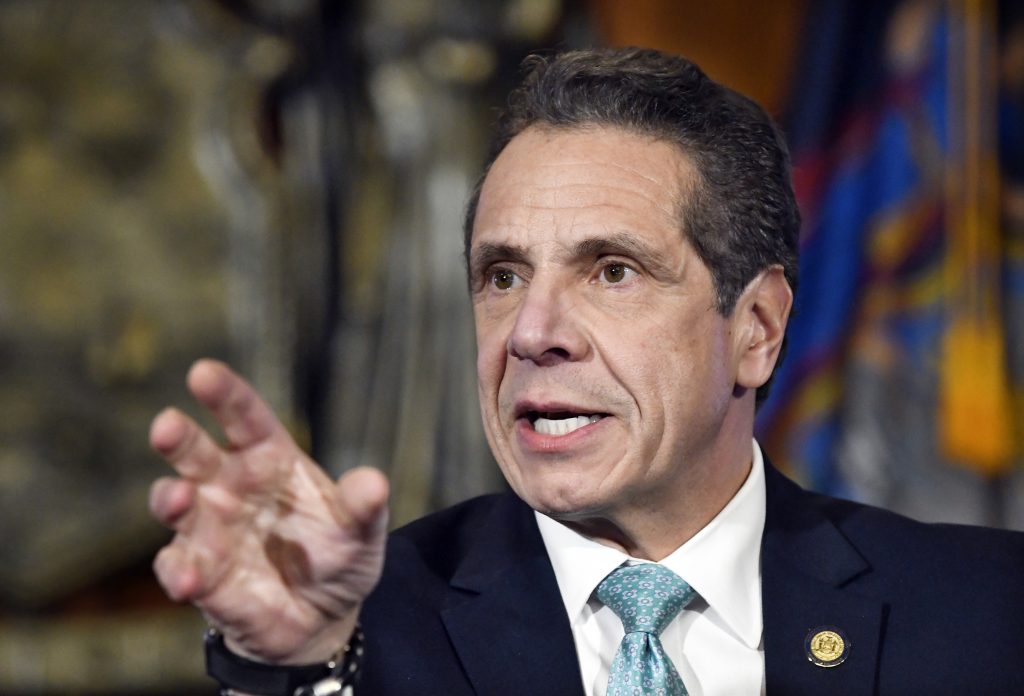 New York Gov. Andrew Cuomo will travel to Washington, D.C., this week for a meeting with President Donald Trump to discuss how recent federal tax changes are hurting the state’s bottom line.

The Democratic governor told reporters on Monday that he’ll urge the president to reconsider a provision in the recent tax overhaul that sharply limits a federal deduction for state and local taxes. Cuomo has blamed that change for a recent dip in state tax receipts, saying it has put New York at a disadvantage when it comes to attracting and retaining wealthy residents.

State officials announced last week that income tax receipts have dipped more than $2 billion below projections for the fiscal year ending next month.

“This is not an academic discussion, my friends. This is real life,” Cuomo told reporters on Monday. “This changes the economic trajectory of the state. People are mobile. And they will go to a better tax environment.”

While Trump has praised the tax overhaul, he has signaled a willingness to consider changes.

“There are some people from New York who have been speaking to me about doing something about that, about changing things. It’s been severe on them,” he told a group of journalists last week.

While getting the Republican-led U.S. Senate to agree will be challenging, Cuomo said he hopes the deduction limit could be eliminated now that Democrats control the U.S. House. Trump signed the tax reforms into law in late 2017.

Cuomo plans to travel to Washington on Tuesday and return to New York later in the day, a spokesman said.