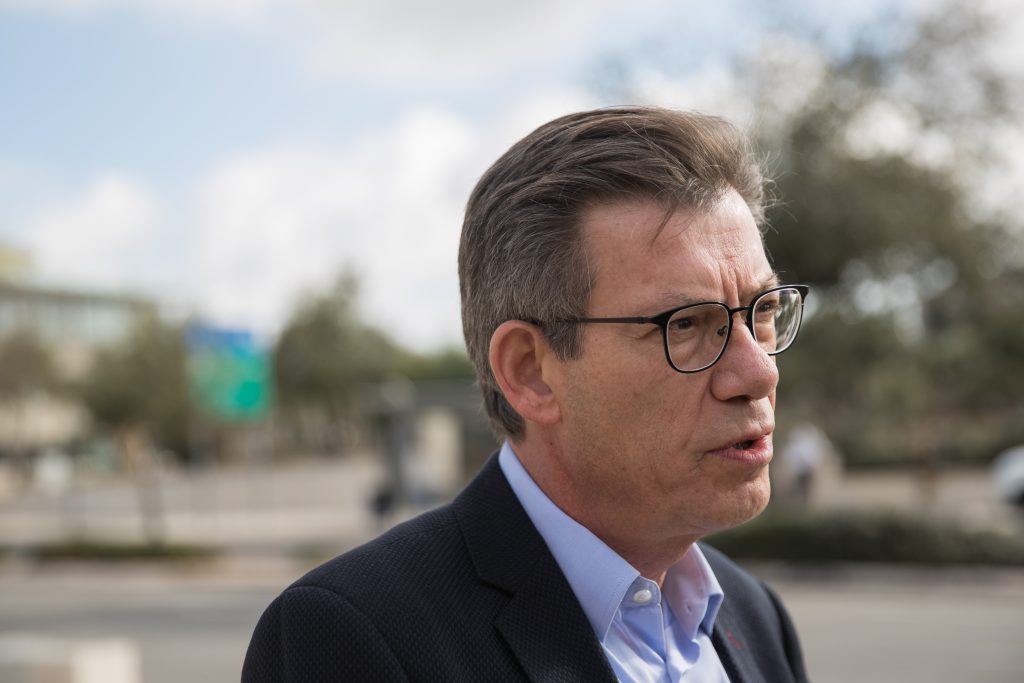 Sarah Leah Whitson, Executive Director of the HRW Middle East and North Africa Division, on Sunday retweeted an article published by the Electronic Intifada, a virulent anti-Israel site, which claimed that Israel was running a campaign against Labour Party head Jeremy Corbyn in the United Kingdom by drumming up accusations of anti-Semitism against him.

In her retweet, she wrote “Why is this Israel interference in domestic UK politics acceptable? Is it only a problem when Russia does this?” relating to alleged Russian meddling in elections in several countries.

Corbyn has been mired in anti-Semitism scandals and accusation of support of terrorism since taking the helm of U.K.’s biggest opposition party. A 2018 poll found that 86 percent of British Jews, and a majority of the general British public, believe Corbyn is an anti-Semite.

Nahshon responded to her allegation by stating that HRW “has lost all legitimacy when it comes to Israel.”

“Obsessive hatred and conspiracy theories worthy of the worst anti-Semites,” he charged on Twitter.

Daniel Schwammenthal‏, of the American Jewish Committee (AJC), tweeted sarcastically that “the Middle East director of HRW supports conspiracy theory that claims Israel manufactured the Labour Anti-Semitism crisis. Obviously, there is no connection between such views and the obsession of Human Rights Watch with the world’s only Jewish state.”

Whitson later claimed that “some friends on Twitter have said they think my tweet is open to misinterpretation and bears clarification” and that her tweet “commented only on the Israeli government’s problematic promotion of an app in the UK.” She was relating to a pro-Israel app which Electronic Intifada claimed was connected to the Israeli government, an assertion she accepted without question.

She then stated that “rising anti-Semitism is clearly an important issue in the UK, the US and many other places, and one that authorities, political leaders and all of society need to take seriously. So is hatred against many different religions and minority groups. We must all call out discrimination and hatred of every kind wherever we see it.”

HRW has incurred broad criticism for its anti-Israel stance, while its activists have called Israel an apartheid state and promoted anti-Israel boycotts.

HRW has issued reports claiming businesses operating in Yehudah and Shomron contribute to Israel’s violation of human rights and has called on them to cease their activities there or face boycotts.

HRW has also published several reports that were highly critical of Israel, especially after wars or periods of clashed with Gaza-based Arab terrorists. It accused Israel of committing war crimes during a counterterrorism campaign against Hamas terrorists in the Gaza Strip in the summer of 2014. Israel has rejected the findings of the reports.