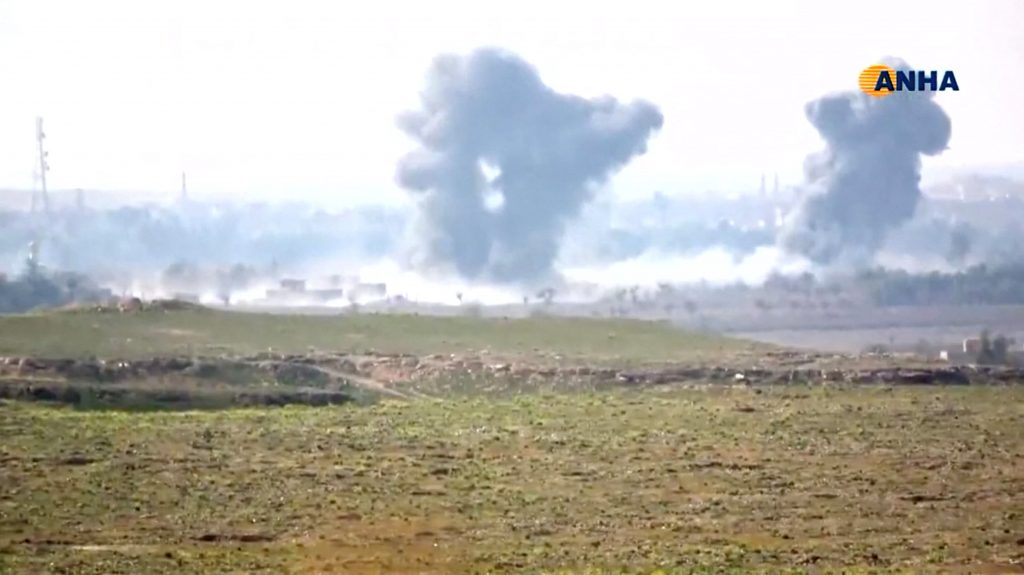 Fierce fighting was underway Monday between U.S.-backed Syrian forces and the Islamic State group around the terrorists’ last foothold in eastern Syria, with the besieged terrorists fighting back using suicide car bombs, snipers and booby traps, a Syrian war monitor and a Kurdish news agency said.

The U.S.-backed Syrian Democratic Forces on Saturday launched a final push to clear the area from IS under the cover of airstrikes by the U.S.-backed coalition.

The capture of the IS-held village of Baghouz and nearby areas would mark the end of a four-year global war to end IS’s territorial hold over large parts of Syria and Iraq, where the group established its self-proclaimed “caliphate” in 2014.

The Syrian Observatory for Human Rights said the push by the Kurdish-led SDF has been slow due to land mines and sniper fire, as well as the extremists’ use of tunnels and suicide car bombs. The IS is also using civilians as human shields, the Observatory said.

IS said in a statement posted late Sunday that two of its “martyrdom-seekers” attacked SDF fighters in Baghouz with their explosive-laden car.

U.S. officials have said in recent weeks that IS has lost 99.5 percent of its territory and is holding onto fewer than 5 square kilometers in Syria, or less than 2 square miles, where the bulk of the fighters are concentrated. But activists and residents say IS still has sleeper cells in Syria and Iraq, and is laying the groundwork for an insurgency.

The U.S. military has warned the group could stage a comeback if the military and counterterrorism pressure on it is eased.