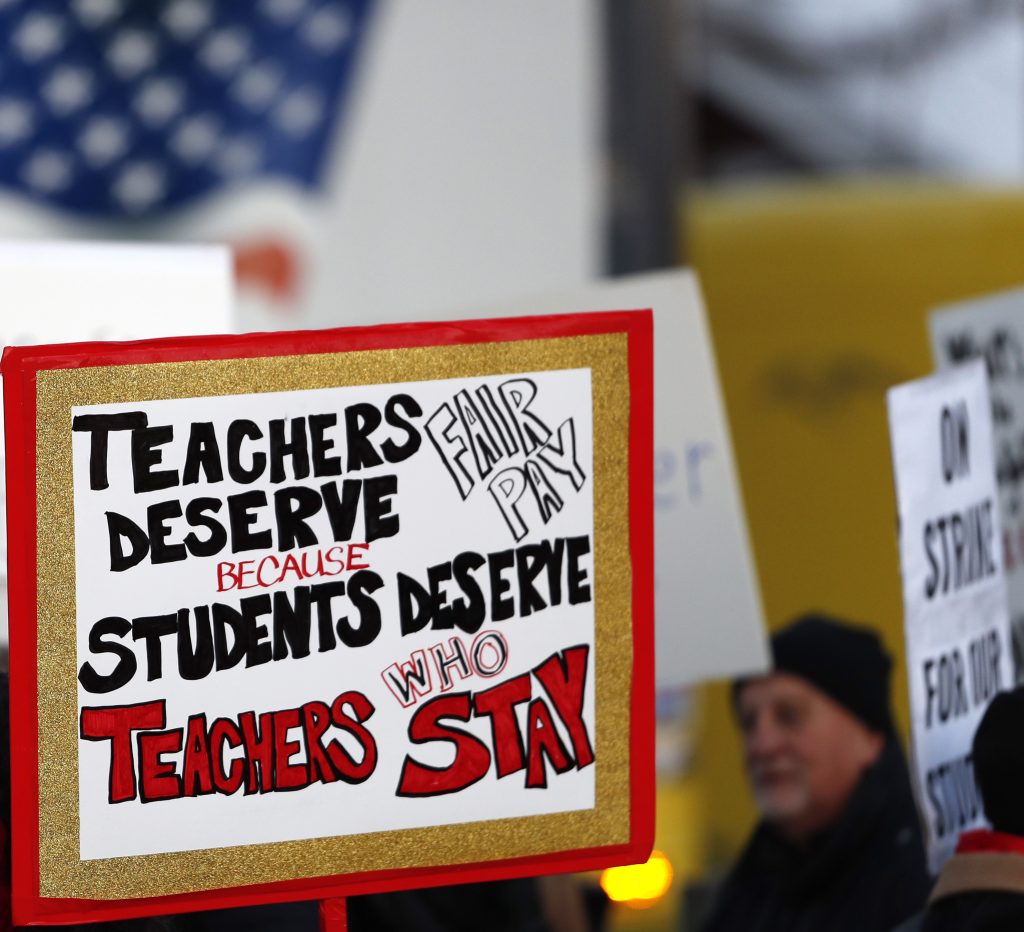 Striking teachers picketed outside of schools and marched through Denver’s streets Monday as car horns blared in support of the latest U.S. walkout amid a swell of educator activism in at least a half-dozen states over the last year.

Just over half of the 4,725 teachers called in absent for Denver’s first strike in 25 years. Some students crossed picket lines to get to class as schools remained open with administrators and substitute teachers.

In one school, students danced and chanted in the hallways as they walked out to demonstrate to support their teachers. Other students joined hundreds of teachers and union members in a march past City Hall.

The strike affecting about 71,000 students in Denver comes about a year after West Virginia teachers launched the national “Red4Ed” movement with a nine-day strike in which they won 5 percent pay raises. There have since been walkouts in Washington state, Arizona, Kentucky and Oklahoma. Most recently, Los Angeles teachers staged a six-day strike last month. That walkout ended when teachers received a 6-percent raise and promises of smaller class sizes and the addition of more nurses and counselors.

The dispute is over the school district’s incentive-based pay system. The city’s school district gives bonuses ranging from $1,500 to $3,000 a year to teachers who work with students from low-income families, in schools that are designated high priority or in positions that are considered hard to staff, such as special education or speech language pathology.

The union is pushing to lower or eliminate some of those bonuses to free up more money for overall teacher pay.