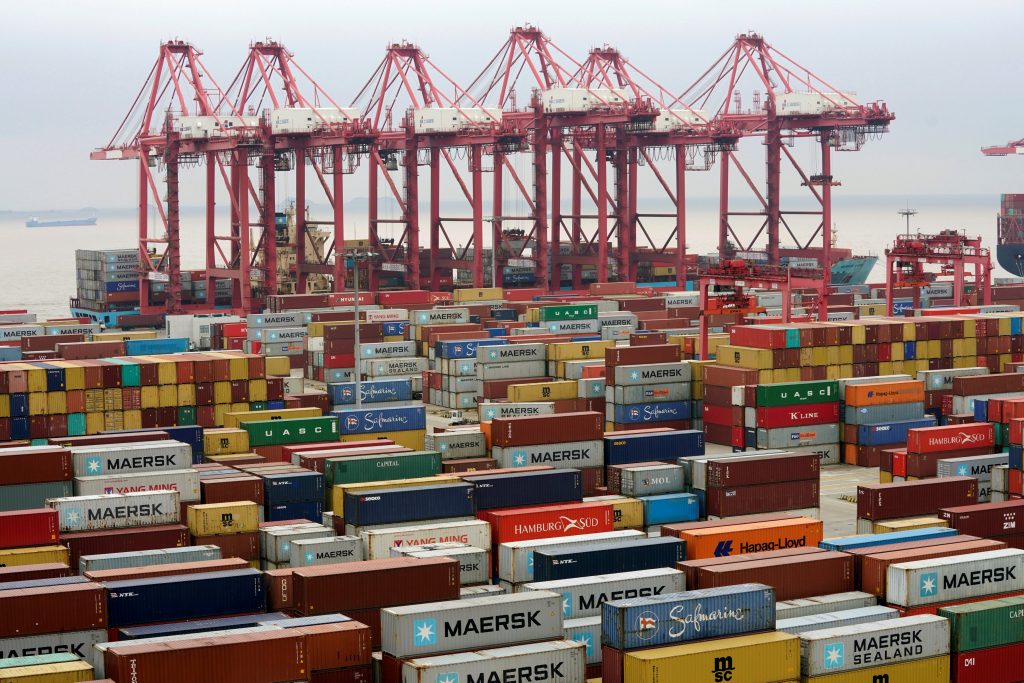 China struck an upbeat note on Monday as trade talks resumed with the United States, but also expressed anger at a U.S. Navy mission through the disputed South China Sea, casting a shadow over the prospect for improved Beijing-Washington ties.

The United States is expected to keep pressing China on longstanding demands that it reform how it treats American companies’ intellectual property in order to seal a trade deal that could prevent tariffs from rising on Chinese imports.

The latest talks will begin with working-level discussions from Monday-Wednesday before high-level discussions at the end of the week. Negotiations concluded in Washington last month without a deal and with the top U.S. negotiator declaring that a lot more work needed to be done.

Lower-level officials will kick off the meetings on Monday, led on the American side by Deputy U.S. Trade Representative Jeffrey Gerrish.

“We, of course, hope, and the people of the world want to see, a good result,” Chinese Foreign Ministry spokeswoman Hua Chunying told reporters at a regular news briefing in Beijing.

The two sides are trying to hammer out a deal ahead of the March 1 deadline when U.S. tariffs on $200 billion worth of Chinese imports are scheduled to increase to 25 percent from 10 percent.

Lighthizer, named by U.S. President Donald Trump to spearhead the process after agreeing to a 90-day truce in the trade war with Beijing, has been a strong proponent of pushing China to end what the United States views as unfair trade practices, including stealing intellectual property and forcing U.S. companies to share their technology with Chinese firms.

China has denied it engages in such practices.

Trump said last week he did not plan to meet with Chinese President Xi Jinping before that deadline, dampening hopes that a trade pact could be reached quickly.

Escalating tensions between the United States and China have cost both countries billions of dollars and disrupted global trade and business flows, roiling financial markets.

Hua said the ships entered the waters without China’s permission, and that Beijing expressed firm opposition and dissatisfaction at the move.

China’s navy had tracked the vessels and warned them to leave, Hua said, accusing Washington of provocation and of harming China’s sovereignty.

Asked if the ships’ passage would impact trade talks, Hua said that “a series of U.S. tricks” showed what Washington was thinking. But Hua added that China believed resolving trade frictions through dialogue was in the interests of both countries’ people, and of global economic growth.

China claims a large part of the South China Sea, and has built artificial islands and air bases there, prompting concern around the region and in Washington.