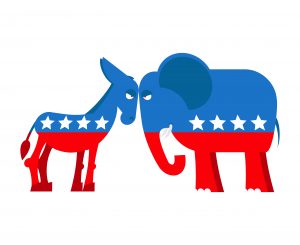 Senator Amy Klobuchar will enter the 2020 presidential race on Sunday, becoming the first moderate in an increasingly crowded field of Democrats vying to challenge Republican President Donald Trump.
Klobuchar, 58, now in her third six-year term as a senator for Minnesota, will seek to position herself as a contrast to Trump, who is expected to be the Republican candidate in the November 2020 election, focusing on both policy differences but also style and tact.

“I’m asking you to join us on this campaign. It’s a homegrown one. I don’t have a political machine. I don’t come from money. But what I do have is this. I have grit. I have family. I have friends,” Klobuchar said in prepared remarks for a rally Sunday afternoon in Minnesota.

“I will look you in the eye. I will tell you what I think. I will focus on getting things done. That’s what I’ve done my whole life. And no matter what, I’ll lead from the heart.”

Warren heads to Iowa to campaign on Sunday after formally launching her bid on Saturday. Booker is also spending the weekend in the Midwestern farm state.

The senator will have work to do to build a national profile. She barely registers in early opinion polls of potential Democratic candidates.

Klobuchar hopes her moderate policies and strong electoral record in Minnesota will help her win back states Trump took from Democrats in the 2016 White House contest, including nearby Iowa, Wisconsin and Michigan, Wisconsin, as well as Pennsylvania.

Klobuchar has focused her legislative efforts on issues like antitrust oversight, agriculture and voter security.

She has been measured in her criticism of Trump, attacking the effects of his trade tariffs on farmers but avoiding more explosive issues like immigration and gun control.

Klobuchar won her most recent Senate race in November with more than 60 percent of the vote. But she raised only about $7.4 million, a relatively small amount compared with Senate candidates in more competitive races. She will need to raise millions more to be a competitive presidential candidate.

Klobuchar is expected to focus her early presidential campaign efforts on Iowa, which borders Minnesota and holds the nation’s first nominating contest.

An aggressive focus on Iowa and a win there in 2008 helped catapult Barack Obama from underdog status to the Democratic Party’s nomination and eventual victory in that year’s presidential election.