Technology Scientists Hope DNA in Water Could Be Way to Save Rare Fish
Health, Science & Technology 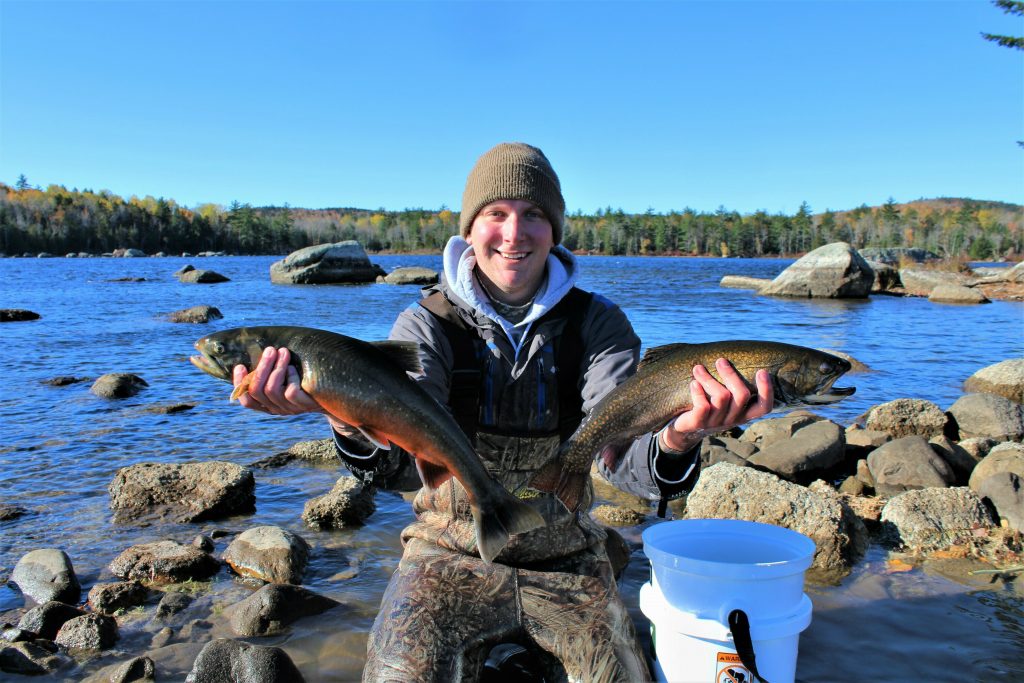 Scientists in Maine are using DNA to try to preserve the remaining populations of a fish that lives in 14 lakes and ponds in the state and nowhere else in the continental United States.

The scientists are turning their eye to the Arctic charr, which is a species of landlocked fish in Maine that has lived in the state for millennia and is prized by anglers. The charr face threats such as invasive predators and a warming climate. They are also notoriously elusive, making them difficult for researchers to track.

Michael Kinnison, a professor of University of Maine, and other scientists are working with the state to make sure the fish keep surviving. Kinnison is working on a project to collect “environmental DNA” from the water bodies where the fish live.

The project involves collecting water samples from the lakes and ponds where the fish are known to live, and studying DNA that they and other organisms shed, Kinnison said. It’ll provide vital information scientists can use to keep charr populations stable, he said.

It’s also a much less invasive and time-consuming way than older methods, such as using nets, Kinnison said.

“If your only tool to count a species is a gillnet, and there’s not many, do you make the tough choice to risk killing the individuals to find them?” he said. “It’s a way to get an idea of where organisms are located and do it in a way that presents really no harm.”

Arctic charr live at the top of the world, including in northern Canada and Alaska. They’re known to seafood lovers because they’re farmed for use as food. But to find one in the lower 48 states, an angler can only go to one of a group of remote, rural ponds and lakes in Maine, some of which are barely accessible to humans.

The project to collect their DNA in Maine launched in 2017, and is expected to continue through this summer, said Brad Erdman, a University of Maine ecology graduate student who is working on it. A local chapter of Trout Unlimited, an environmental nonprofit, is working on the project using grant money provided by the organization’s Embrace-A-Stream fund.

One of the biggest threats to the charr is the presence of invasive rainbow smelt, a species of small fish that competes with charr for food and are suspected of eating charr’s young. The charr were the subject of a years’ long project to eradicate the smelt from Big Reed Pond in northern Piscataquis County to save the charr’s population there. Maine Department of Inland Fisheries and Wildlife confirmed in June 2017 that the charr are spawning in the pond again.

Using environmental DNA can help make sure the smelt don’t gain a foothold in other bodies of water where the charr live, said Francis Brautigam, the director of fisheries for the state wildlife department. The smelt have been illegally introduced in Bald Mountain Pond in northeast Somerset County, where charr populations have dropped, he said, and controlling the situation is a priority.

“Our agency has been pretty responsive to ensuring those populations remain on our landscape,” Brautigam said.

Igor Sikorsky, a northern Maine camp owner and air taxi bush pilot, worked with the state on efforts to save the charr population on Big Reed Pond. He said the move toward using advanced tools such as environmental DNA is a smart one, because the fish are a unique part of the state’s natural landscape and are jeopardized by climate change. The fish like cold water, and they’re at the very southern end of their range in Maine.

“Who knows if this is the end, or if we are able to stabilize it,” Sikorsky said. “So far, so good is the best you can say.”