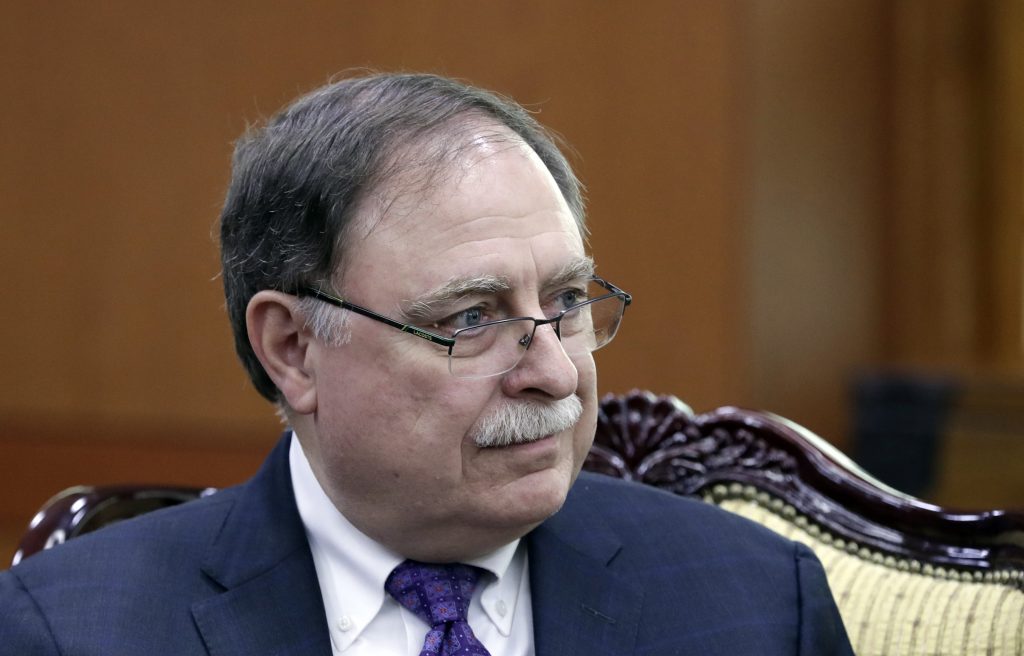 South Korea and the United States struck a new deal Sunday increasing the share of Seoul’s contribution for the cost of the U.S. military presence on its soil, official said, after previous rounds of failed negotiations caused worries about their decades-long alliance.

Last year, South Korea provided about $830 million, roughly 40 percent of the cost of the deployment of 28,500 U.S. soldiers whose presence is meant to deter aggression from North Korea. President Donald Trump has said South Korea should pay more.

On Sunday, chief negotiators from the two countries signed a new cost-sharing plan, which requires South Korea to pay about 1.04 trillion won ($924 million) in 2019, Seoul’s Foreign Ministry said in a statement.

It said the two countries reaffirmed the need for a “stable” U.S. military deployment amid the “rapidly changing situation on the Korean Peninsula.” The ministry said the U.S. assured South Korea that it has a solid security commitment for its ally and that it has no plans to readjust the size of its troops’ level in South Korea.

“We realize, the United States government realizes that Korea does a lot for our alliance and peace and stability in the region,” chief U.S. negotiator Timothy Betts said in Seoul. “We are very pleased our consultations resulted in agreement that will strengthen transparency and deepen our cooperation and the alliance.”

The allies had failed to reach a new cost-sharing plan during some 10 rounds of talks. A five-year 2014 deal that covered South Korea’s payment last year had expired at the end of 2018.

Some conservatives in South Korea voiced concerns over a weakening alliance with the United States amid a stalemate in negotiations with North Korea to deprive it of its nuclear weapons. They said Trump might use the failed military cost-sharing negotiations as an excuse to pull back some of the U.S. troops in South Korea, as a bargaining chip in talks with North Korean leader Kim Jong Un.

Trump announced last week that he will sit down with Kim for a second summit in Hanoi, Vietnam, in late February. Their first summit in Singapore last June resulted in Kim’s vague commitment to “complete denuclearization of the Korean Peninsula,” a term that his propaganda machine previously used when it argued it would only denuclearize after the U.S. withdraws its troops from South Korea.

The U.S. military arrived in South Korea to disarm Japan, which colonized the Korean Peninsula from 1910-45, following its World War II defeat. Most U.S. troops were withdrawn in 1949 but they returned the next year to fight alongside South Korea in the 1950-53 Korean War.

South Korea began paying for the U.S. military deployment in the early 1990s, after rebuilding its war-devastated economy. The big U.S. military presence in South Korea is a symbol of the countries’ alliance, forged in blood during the war, but also a source of long-running anti-American sentiments.

About 20 anti-U.S. activists rallied near the Foreign Ministry building in Seoul on Sunday, chanting slogans like “No more money for U.S. troops.” No violence was reported.