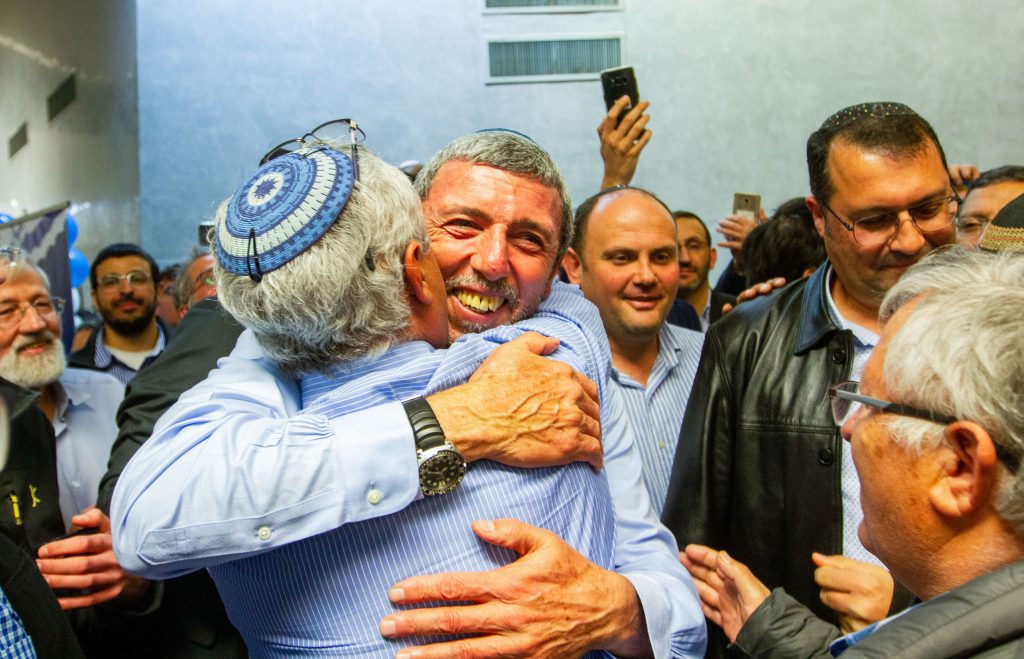 As of now, a prospective merger between Jewish Home and National Union is off the table, after a failed meeting between the leaders of the two parties Motzoei Shabbos. Meanwhile, a report Sunday said Prime Minister Binyamin Netanyahu was exploring bring Jewish Home into the Likud – and was even prepared to offer party head Rafi Peretz the education portfolio as part of the deal.

Polls in recent days have shown that parties on the religious right – Jewish Home, National Union, Otzma Yehudit and others – will not achieve enough votes to pass the electoral threshold if they run alone, but together they will be able to garner as many as 13 seats, according to a poll by the Miseker institute.

The representative poll of 5,000 Israelis shows the latter result if three aforementioned parties, along with Eli Yishai’s Yachad join together. Running alone, none of the parties would get into the Knesset. A Channel 12 poll over the weekend showed similar results; unless there is unification among these parties, none will make it into the Knesset.

But according to a report on Kan News Motzoei Shabbos, accomplishing that may be more difficult than expected. A meeting between Rafi Perertz, head of Jewish Home, and Betzalel Smotrich, head of National Union, broke up after just five minutes. The meeting was supposed to include an initial discussion on unification. There are no current discussions on the matter, the report said. The disputes between the party revolve around who will lead the list, and which of the two – Peretz or Smotrich – will receive a ministry position in the event the party joins the government.

A report in Maariv said that prior to the meeting, Peretz informed Smotrich that he, as head of Jewish Home, was entitled to both positions – top of the list and a government post. “I discussed this with my family and I cannot agree to a joint leadership,” Peretz was quoted as telling Smotrich. “I will be number one on the list and you will be number two, with everything that comes along with that. Jewish Home must be the main component.” A Jewish Home activist quoted by Maariv said that “Peretz thinks he is flying alone here,and is being very unrealistic. The whole right is in danger of collapsing because of him.”

In a statement, Smotrich said that he had come to an agreement with Peretz, with the latter backing out. “The discussion was held between us directly with no aides or other brokers. After significant concessions in order to quickly close a deal, we managed to develop arrangements for a joint campaign for the Knesset. Unfortunately, on Motzoei Shabbos Rabbi Peretz informed me that after consultations, he was changing his position on the arrangements. As a result, the negotiations have hit a wall. Out of a sense of responsibility I intend to continue to do everything possible to establish a joint list with all members of the religious Zionist right. Unfortunately, at this time it appears it would be preferable to be an accessory to the Likud than to Jewish Home.”

Meanwhile, Arutz Sheva reported Sunday that Peretz and Netanyahu have been discussing a deal of their own, in which Jewish Home would join with the Likud. Peretz would get the education portfolio, and Jewish Home candidates would be placed in the 21st, 28th and 36th slots on the Likud list, which were left open by Likud members for discretionary choices by Netanyahu.