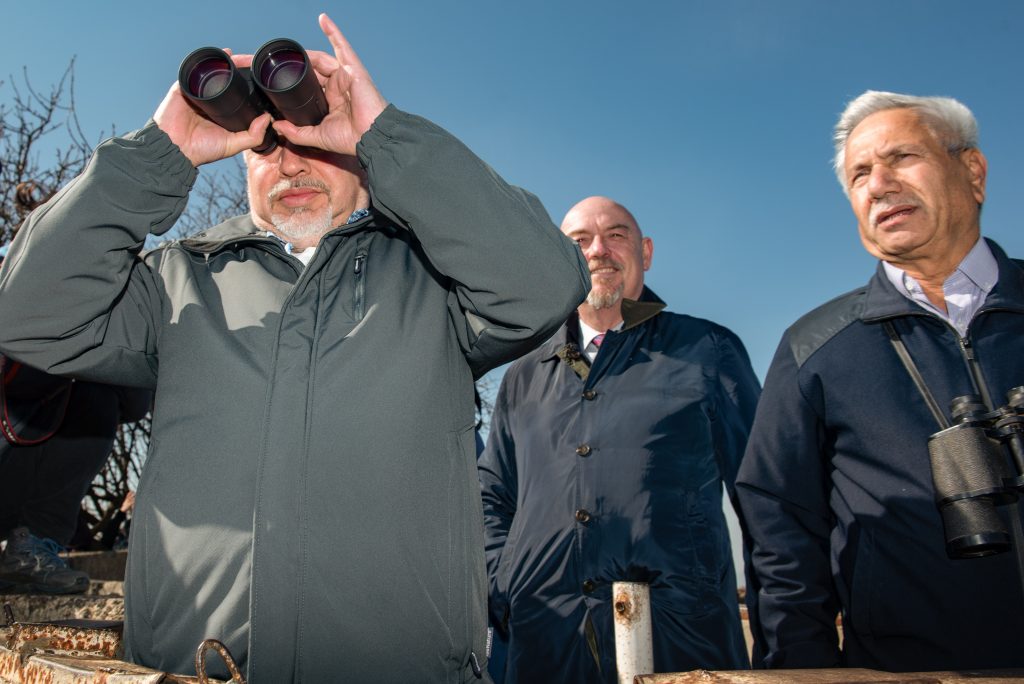 Amid a constantly shifting political scene, there is at least one constant — even if Prime Minister Binyamin Netanyahu’s Likud wins the election, he will be unable to form a governing coalition, according to Yisrael Beytenu head Avigdor Liberman.

“Likud will win the election, but it is safe to assume that if it is decided to file an indictment against Netanyahu before the elections, his chance of forming a new government are close to nil,” Liberman reportedly said at a closed meeting in Mevasseret Tzion on Sunday.

Liberman said that potential coalition partners would not enter a government led by a prime minister who might by then be under criminal indictment. Benny Gantz, whose Israel Resilience party is currently polling in second place after Likud, said unequivocally he will not sit with a prime minister under indictment.

Netanyahu might reach a plea deal in which he would quit politics before the April 9 vote, in exchange for not being charged in the three corruption cases against him, Ynet said on Sunday.

“If such a deal is signed, Likud will have to choose an heir [to Netanyahu] before the elections,” Liberman reportedly said. “In such a case we are in for a shakeup and it isn’t clear how it will end.”

The New Right party, founded recently by Naftali Bennett and Ayelet Shaked, dismissed Liberman’s assertion that they would refuse to join Netanyahu.

“The New Right party stands behind its clear stance: We will recommend that the president task Netanyahu to form the government.”

The Likud party made no comment on Liberman’s remarks.