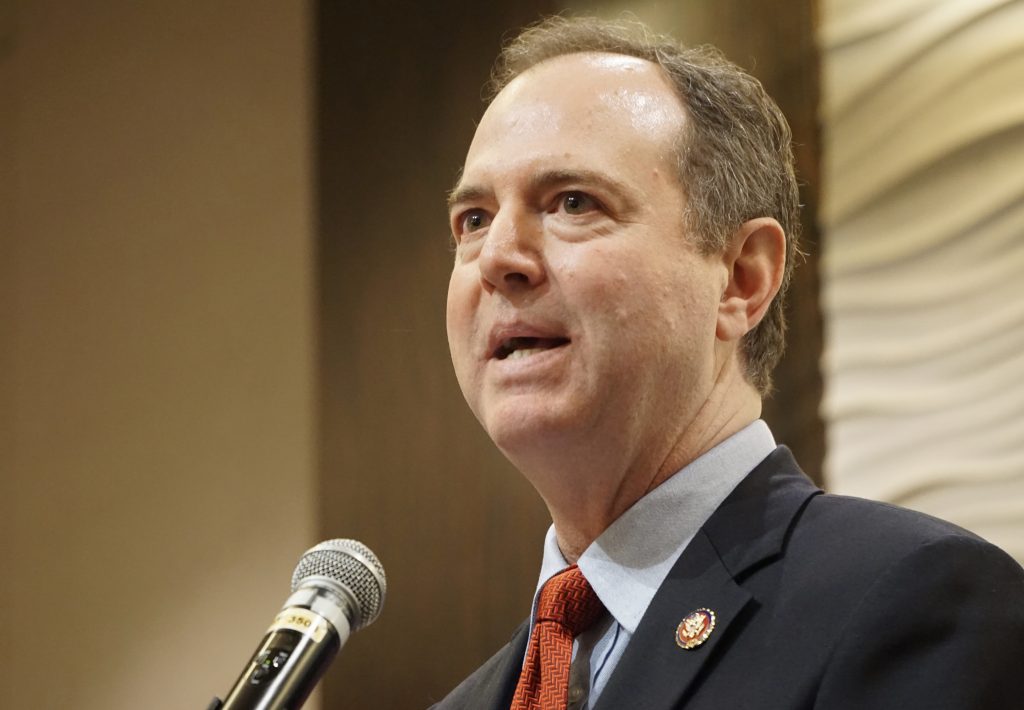 “We are not interested in our committee in whether he’s a tax cheat or not worth what he says he is,” Rep. Adam B. Schiff, D-Calif., said in an appearance on the NBC’s “Meet the Press.” “What we are interested in is, does the president have business dealings with Russia such that it compromises the United States?”

In particular, Schiff said the House panel plans to investigate Mr. Trump’s two-decade relationship with Deutsche Bank, a German institution that has paid hundreds of millions of dollars in penalties in recent years after admitting its role in a $10 billion money laundering scheme that allowed clients in Russia to move vast sums overseas.

Schiff voiced concern that Mueller has shied away from investigating Mr. Trump’s ties to the German lender, saying that “if the special counsel hasn’t subpoenaed Deutsche Bank, he can’t be doing much of a money-laundering investigation.”

Schiff was referring to reports last year that Mueller’s office had told Mr. Trump’s lawyers it was not seeking Deutsche Bank records related to Mr. Trump’s accounts or loans. Deutsche Bank became a critical lender to Mr. Trump in the late 1990s when major U.S. banks refused to do business with the New York real estate developer after repeated bankruptcies.

Mr. Trump has described his finances as a “red line” Mueller should not cross, and he threatened to fire Mueller in late 2017 amid reports that the special counsel was seeking records from Deutsche Bank. Mr. Trump reportedly backed down after his lawyers obtained assurances from Mueller.

Schiff said he is concerned that Mr. Trump’s “red line has been enforced whether by the deputy attorney general (Rod Rosenstein) or by some other party at the Justice Department. But that leaves the country exposed.”

A spokesman for the special counsel did not respond to a request for comment.

The House Intelligence Committee has sought to bolster its investigative staff with financial and forensic accounting experts, part of an expansion of the Trump-Russia probe since Democrats gained control of the chamber.

Mr. Trump has lashed out at Schiff in recent days, calling him a “political hack” and questioning the committee’s authority to investigate his finances. “It’s called presidential harassment,” Mr. Trump told reporters last week. “And it’s unfortunate. And it really does hurt our country.”

Deutsche Bank has been a key player in loans to Mr. Trump’s companies totaling more than $2 billion, much of it apparently used to expand his global golf resort holdings. The New York Times reported this month that Mr. Trump sought a loan from Deutsche Bank in 2016 but was rejected in part because bank officials worried about the prospect of seizing assets from a sitting president if Mr. Trump won the election and defaulted on the loan.