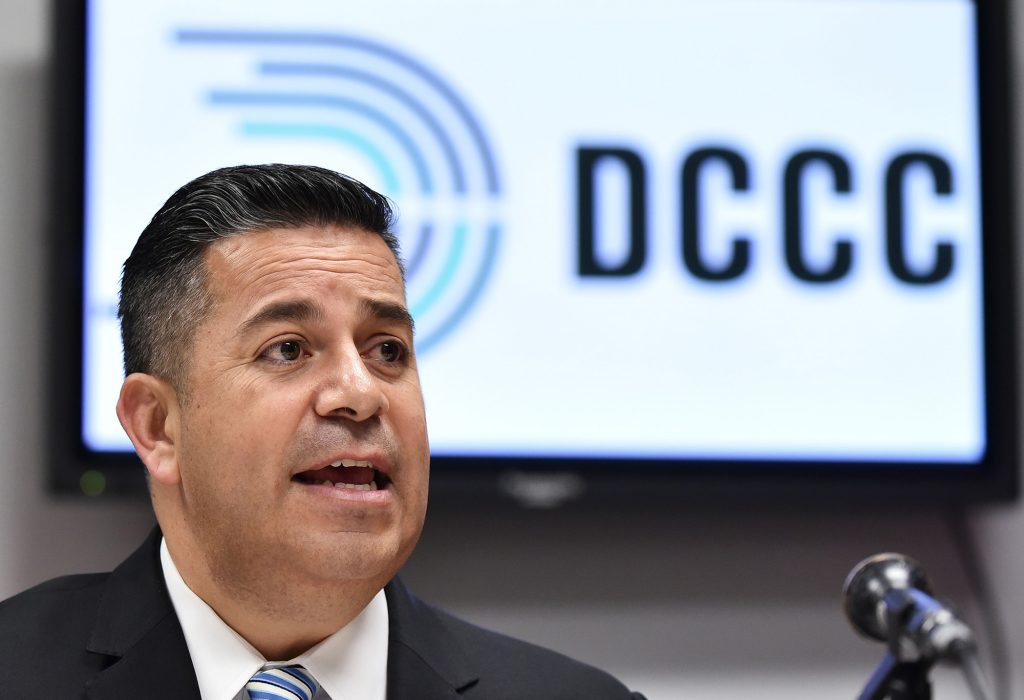 Democrats named to a newly revived House committee on climate change received hundreds of thousands of dollars in contributions from the oil, gas, and utility industries, campaign finance data show.

In all, the nine Democratic members of the House Select Committee on the Climate Crisis, accepted more than $238,000 from sectors tied to the energy industry, according to an analysis of Federal Election Commission 2018 campaign spending data by the Center for Responsive Politics.

Rep. Ben Ray Lujan, D-N.M., and his political action committee was the top recipient, totaling nearly $120,000 in contributions, including nearly $88,000 from electric utilities, and $25,000 from the oil and gas sector. That figure includes $7,500 from BP, the company responsible for the worst offshore oil spill in the nation’s history.

In a statement, Lujan, who has a lifetime rating of 96 percent from the League of Conservation Voters, said his “values and voting record are clear.”

“I’ve been battling climate change and advocating for the generation of renewable resources and energy efficiency since my time as the chairman of the New Mexico Public Regulation Commission, before I was a member of Congress,” he said. “I respect and recognize New Mexico’s long history as an energy state; that is why, throughout my career, I have fought to ensure that New Mexico is a leader in our clean energy future.”

Rep. Kathy Castor, D-Fla., who was named to chair the climate committee, has received more than $7,500 from utilities that include Tampa, Fla.-based TECO Energy which produces electricity from a mix of coal, natural gas, and renewable sources. The investigative website Sludge reported last month that Castor and her husband sold an investment of as much as $100,000 in a mutual fund made up of fossil fuel utility holdings.

Castor spokesman Steven Angotti didn’t respond to a request for comment. In an email to Sludge, he said Castor had “divested from the Franklin Utilities Fund to build confidence in her leadership of the Select Committee on the Climate Crisis.”

Committee members have also received contributions from environmental groups and renewable energy companies that stand to benefit from the committee’s work. Freshman Rep. Joe Neguse, D-Colo., has received $6,500 from the League of Conservation voters, for example, according to the Center for Responsive Politics data.

Yet the contributions of the fossil fuel industry had been an acrimonious issue leading to the committee’s creation, with hundreds of activists storming Nancy Pelosi’s office with a demand that Democrats reject any funding from the oil, gas, and mining industries.

“For many contributions, the whole purpose is to get access to a lawmaker with the intent on influencing them,” said Tyson Slocum, director of Public Citizen’s energy program. “Often they are seeking to influence the legislative process for the sole purpose of protecting their financial bottom line.”

So far, however, only one member of the climate committee, freshman Rep. Mike Levin, D-Calif., has signed a pledge against accepting fossil fuel donations, according to David Turnbull, a spokesman for Oil Change USA, part of the coalition behind the pledge.

“Rejecting the industry’s influence by taking the No Fossil Fuel Money Pledge should be a prerequisite to these discussions,” Turnbull said. “By joining the committee, these members have shown they’re interested in tackling this issue; they can show they’re serious about showing true climate leadership by standing up to the industry directly.”

The committee had been disbanded after Republicans took control of the House but was restored by Pelosi when she returned as speaker.