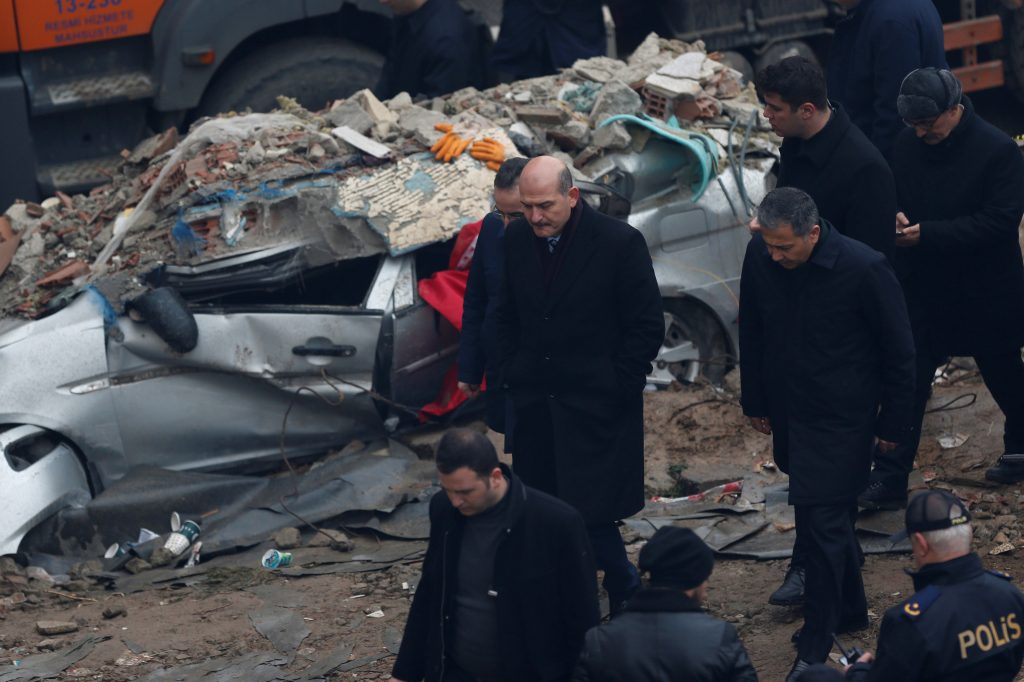 Turkey’s interior minister said that the death toll from a collapsed apartment building in Istanbul has risen to 21.

Minister Suleyman Soylu spoke late Saturday, saying those who made “mistakes” would be held accountable. The eight-story building in the city’s Kartal district collapsed on Wednesday.

Rescue workers remain at the site and it is unclear how many more people are missing. The collapsed building had 14 apartments, 43 registered residents and three businesses.

Thirteen people pulled from the rubble have been hospitalized and seven remain in intensive care. Chief Doctor Recep Demirhan says that two are in very serious condition, according to Turkey’s official Anadolu news agency.