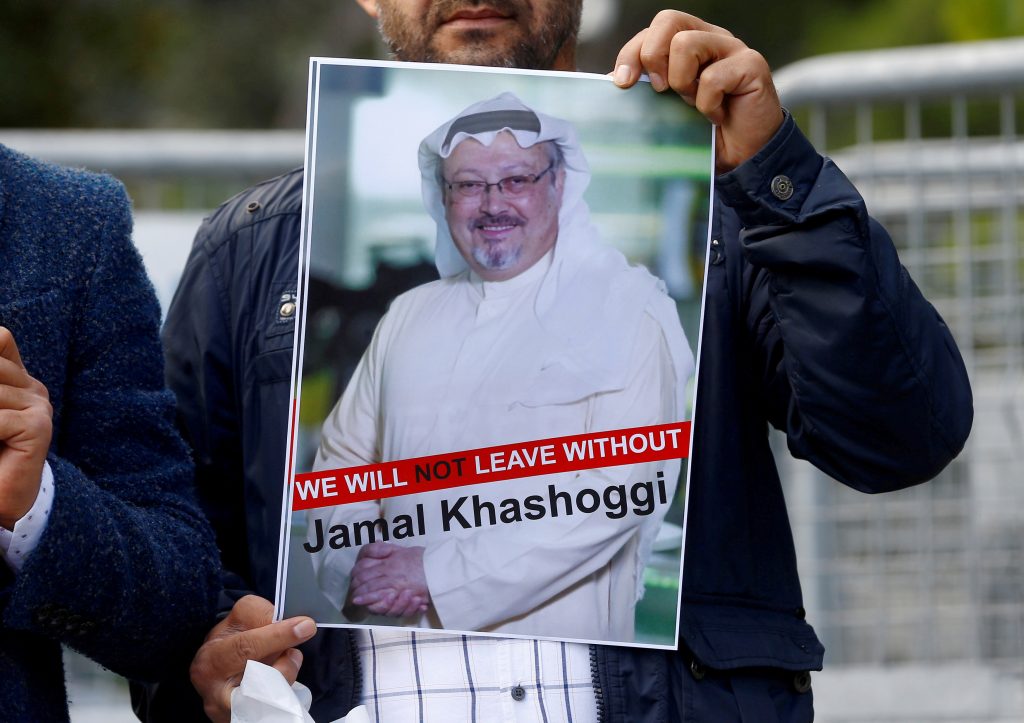 Saudi Arabia quietly held a second court hearing for 11 people facing charges over the killing of journalist Jamal Khashoggi, an independent U.N. human rights expert said, criticizing the kingdom for its lack of transparency in the proceedings over the grisly slaying.

Agnes Callamard, the U.N. special rapporteur on extrajudicial, summary or arbitrary executions, said she learned of the hearing during her first visit to Turkey last week to investigate the murder.

Khashoggi, a Washington Post columnist who wrote critically about Saudi Crown Prince Mohammed bin Salman, was brutally killed inside the Saudi Consulate in Istanbul last October. His remains have not been found.

The brutal killing — described by Turkish and U.S. officials as an elaborate plot — has drawn an international outcry about press freedom and Saudi government tactics to quell criticism.

Turkey, which is carrying out its own investigation into Khashoggi’s murder, has been frustrated by what Ankara says is a lack of cooperation by Riyadh. It has also called for an international inquiry. Khashoggi, a Saudi writer, had gone to the consulate on Oct. 2 to obtain documents for his upcoming wedding to his Turkish fiancée.

After denying for weeks that Khashoggi was killed in the consulate, Saudi Arabia late last year indicted 11 people in the killing, including members from the crown prince’s entourage, and is seeking the death penalty against five of them.

Callamard told The Associated Press over the phone Thursday that the second hearing in Saudi Arabia took place on Jan. 31. She criticized the fact that there is “insufficient public attention placed on the proceedings” and that the media are not present at the hearings

Trials in Saudi Arabia can be shrouded in secrecy, she noted, insisting that Khashoggi case should be open to public scrutiny.

“Given the importance of the case, we should be expecting a greater presence of representatives of the media, of civil society, of a range of other governments, not just those hand-picked by the Saudi authorities,” said Callamard, a French national who is director of Columbia Global Freedom of Expression at Columbia University in New York.

The revelation of a second hearing highlights the closed-door nature of trials in Saudi Arabia, where international media and independent monitors are not typically given access to witness court proceedings.

Callamard declined to specify who told her about the hearing, but cited “reliable” sources about information “that I have been able to cross-check.”

Saudi Arabia has not revealed the defendants’ names or the names of their lawyers. The kingdom’s chief prosecutor, Saud Al-Mojeb, has said that of 21 people taken into custody in the case, 11 have been indicted and referred to trial. It’s unclear if they remain detained during the trial or where they’re being held.

Turkey has sought the extradition of the Saudi suspects, but the kingdom has rejected any notion they could be tried abroad and has not allowed Turkey access to them.

Callamard said she was still waiting for a response from Saudi authorities to a request she made three weeks ago for an invitation to visit the kingdom.

She said the next phase of her investigation will take her to Washington to speak with officials from countries that have “taken a deep interest in the case” and have been in touch with Saudi and Turkish officials.

Earlier on Thursday, Callamard issued a statement through the U.N. office in Geneva, saying that Saudi Arabia had undermined Turkey’s efforts to investigate Khashoggi’s death, calling it a “premeditated killing” planned and carried out by Saudi officials.

During her Jan. 28-Feb. 3 trip to Turkey, Callamard and her four-member team met with the Turkish Foreign and Justice ministers, the country’s intelligence chief and the prosecutor leading the case. She concluded that Turkey’s efforts have been “seriously curtailed and undermined by Saudi Arabia,” the statement said.

Callamard plans to present her final report to the U.N.-backed Human Rights Council in June.