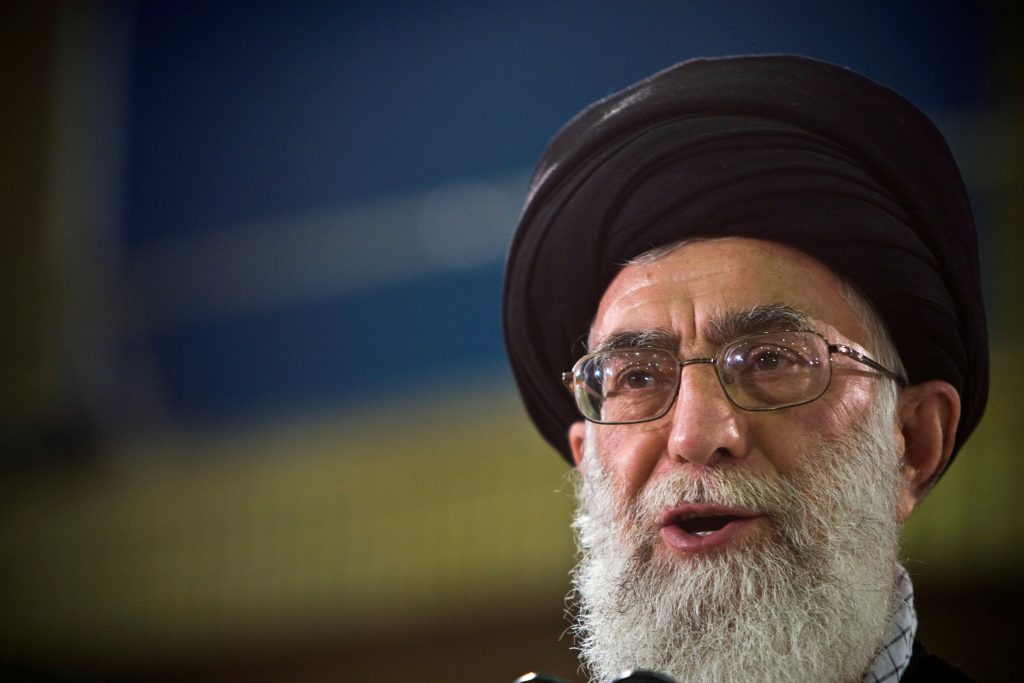 Iranians will chant “Death to America” as long as Washington continues its hostile policies, but the slogan is directed at President Donald Trump and U.S. leaders, not the American nation, Iran’s supreme leader said on Friday.

“As long as America continues its wickedness, the Iranian nation will not abandon [the slogan] ‘Death to America’,” Ayatollah Ali Khamenei told a gathering of Iranian Air Force officers marking the 40th anniversary of Iran’s Islamic Revolution, according to his official website.

Trump pulled out of Iran’s 2015 nuclear deal with world powers last year and reimposed sanctions on Tehran, dealing a blow to the country’s economy.

European signatories of the nuclear deal have been trying to save the accord, but Khamenei said they could not be trusted.

“I recommend that one should not trust the Europeans just as the Americans,” Khamenei said. “We don’t say, don’t have contacts with them, but it’s an issue of trust.”

The European Union has stepped up criticism of Iran’s ballistic missiles program while remaining committed to the 2015 nuclear deal.