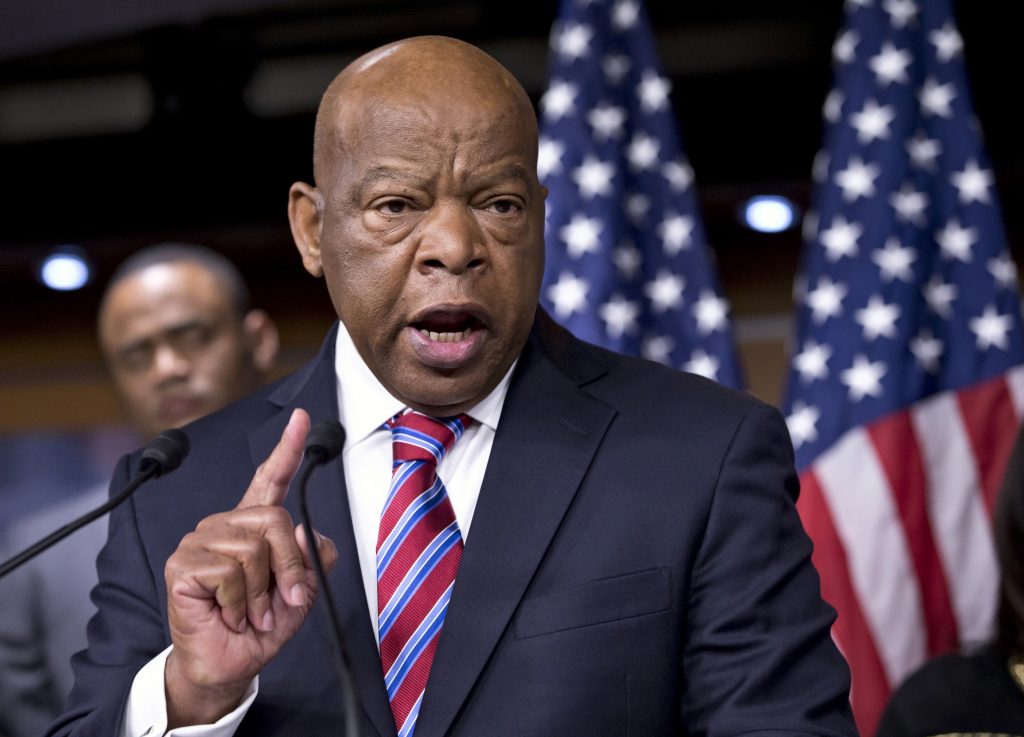 House Democrats began hearings on Thursday about a plan that would force President Donald Trump to release his tax returns, amid pressure to get them from liberal organizations and members of their caucus.

A House Ways & Means Committee panel brought in several experts in tax law to discuss the impact of a provision in Democrats’ anti-corruption bill that would compel presidential candidates to release 10 years of tax returns within 30 days of receiving their party’s nomination. The provision would apply to Trump, but Republicans oppose the measure and are expected to have the votes to block it in the Senate.

“We will examine a topic of great interest to the American people: We will review whether a president, vice president, [or other candidates for office] … should be required by law to make their tax returns available to the public,” said Rep. John Lewis (D-Ga.), chair of the oversight subcommittee conducting Thursday’s hearing. “We will ask the question: Does the public have a need to know that a person seeking the highest office in our country obeys tax law?”

The subcommittee was not expected to take action on Thursday to specifically seek Trump’s tax returns, but the hearing was part of its broader push to lay the groundwork for a potential request, with lawmakers expected to ask about their authority to request the records. House Majority Leader Nancy Pelosi (D-Calif.) has said that Democrats must proceed with caution in seeking Trump’s returns, noting the need to be precise in crafting the request of the Treasury Department.

“We have to be very very careful as we go forward,” Pelosi told reporters on Thursday. “…In terms of the tax issue, it’s not a question of just sending a letter. You have to do it in a very careful way, and the chairman of the committee will be doing that.”

Republicans have castigated attempts to pry into Trump’s personal records as “presidential harassment,” with Trump taking to twitter repeatedly to claim they were going “nuts” with investigations. At his State of the Union Address, Trump slammed Democrats for their investigations, which are being led by multiple committees and extend beyond the scope of his tax returns.

“An economic miracle is taking place in the United States — and the only thing that can stop it are foolish wars, politics, or ridiculous partisan investigations,” Trump said. “If there is going to be peace and legislation, there cannot be war and investigation.”

Trump has said he cannot release his returns because he is being audited by the Internal Revenue Service. He has also said his returns are “extremely complex” and that there’s “nothing to learn” from them, according to Bloomberg. Every president has released at least one year of annual tax returns since the 1970s.

Trump’s tax returns have been the subject of intense speculation in American politics since he refused to release them during the 2016 presidential campaign.

Four Trump administration sources have told Politico that Treasury Secretary Steve Mnuchin could block the tax returns’ release on the grounds that Democrats would be unable to prevent them from leaking, which would be a felony.

A coalition of three liberal groups — the Tax March, Indivisible, and Stand Up America — wrote Neal last month publicly pushing him to “immediately” obtain Trump’s tax returns, according to Roll Call. The committee’s work has been delayed by the longest-ever government shutdown, which ground much of Congress’s committee work to a halt.

“We need to see them,” said Rep. Jan Schakowsky (D-Ill.), a liberal member of Congress, adding she understood the request had to be carefully crafted. “We need to get that as soon as possible now that we have the opportunity to do it, and it ought to be at the top of the list. I think it will reveal a lot.”