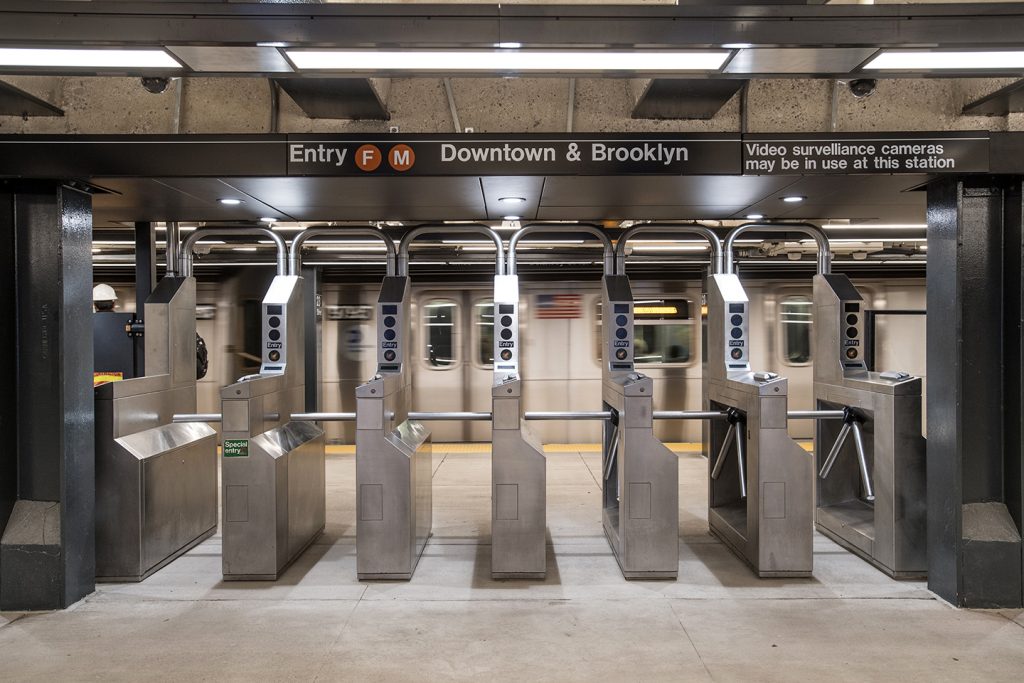 Gov. Andrew Cuomo offered New Yorkers a stark choice Thursday, saying that unless lawmakers authorize new tolls for motorists entering the busiest parts of Manhattan, fares and tolls for subways, buses, tunnels and bridges will go up by 30 percent.

Despite the ultimatum, however, the Democratic governor offered few new details about his toll plan during Thursday’s remarks before city business leaders. Cuomo has said that congestion tolls on vehicles driving south of 60th Street in Manhattan are the best way to address gridlock while also raising money for transit improvements. But he has yet to release a specific toll amount, frustrating the lawmakers who must approve the toll.

Cuomo wants tolls approved by April 1 as part of next year’s state budget.

Cuomo said that without the tolls — which he estimates could raise $1 billion annually — the Metropolitan Transportation Authority will have no choice but to raise its bus and subway fares by 30 percent. Tolls for MTA bridges and tunnels would go up too. Known as congestion tolls, similar surcharges have been used in cities including London and Singapore as a way to encourage the use of mass transit.

“The real choice is between congestion pricing or a 30 percent toll and fare increase,” Cuomo told a gathering of the Association for a Better New York. “It’s A or B because there is no C.”

MTA officials laid out a similar choice — new tolls or higher fares — last week at a legislative budget hearing in Albany, prompting lawmakers to ask officials why they haven’t released a suggested toll amount, or said exactly how the money would be spent.

“The MTA says give us $1 billion a year and we’ll make the subways better. Just trust us,” said Sen. John Liu (D-Queens), who said he wants to be able to discuss the specifics of Cuomo’s proposal with constituents before voting on it. “The problem with a blank check is that there’s no accountability.”

Even without the details, however, a growing list of civic and business groups have signed onto the tolls.

“The business community welcomes Gov. Cuomo’s willingness to take on the challenge of fixing and adequately funding our mass transit system. Traffic congestion costs the region over $20 billion per year and contributes to pollution and global warming. Revenues from congestion pricing are needed to fund modernization of the subway, bus and commuter rail system and to ensure that New York remains a thriving global city,” said Kathryn Wylde, President & CEO of the Partnership for New York City.

Under Cuomo’s plan, the tolls would begin in 2021. Earlier estimates have set the toll as high as $12 for motorists entering the busiest parts of Manhattan, though officials have said they don’t expect the toll to be that expensive.

Since lawmakers must approve the tolls, the final figure would likely be set during negotiations between Cuomo and top lawmakers. MTA officials also note that the exact toll amount will depend on factors such as when the tolls are in effect. Congestion tolls could be adjusted based on traffic and the time and day of the week, so a motorist entering Manhattan during rush hour might pay more than a weekend driver.

“The pricing structure will be determined once all variables are analyzed to meet the goals of the plan,” a spokesman for Cuomo said last week.

The governor is also seeking to overhaul the MTA’s management, saying the agency must be reorganized to reduce bureaucracy.

“The MTA’s performance is simply indefensible,” he said, adding that he wants full control of the agency, not “almost control, some control, the most control.”