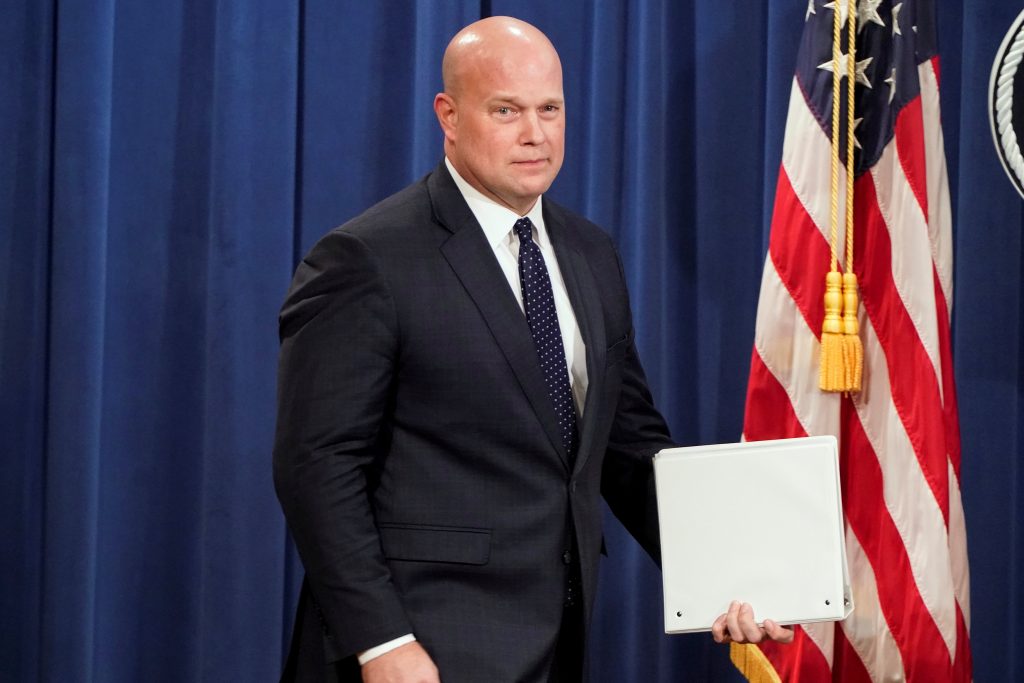 Democrats on the U.S. House Judiciary Committee on Thursday prepared a subpoena to compel acting Attorney General Matthew Whitaker to testify on Friday, prompting Whitaker to say he will not appear unless the subpoena threat is lifted.

The committee’s Democrats want to question Whitaker about his oversight of Special Counsel Robert Mueller’s investigation of Russian interference in the 2016 election and his communications with the White House related to the probe and the firing of former Attorney General Jeff Sessions.

But Whitaker, whom President Donald Trump chose to head the Justice Department after firing Sessions in November, said the possibility of a subpoena showed the committee’s “true intention is … to create a public spectacle.”

Shortly before Whitaker’s threat to withdraw from the hearing, the House Judiciary Committee had voted 23-13 along party lines to have a subpoena ready in case Whitaker fails to show up or refuses to answer questions.

House Judiciary Committee Chairman Jerrold Nadler said the vote only authorized a subpoena, but that one would not be issued as long as Whitaker appeared at the hearing and cooperated.

A subpoena would compel Whitaker to testify. If he still declined, Democrats could take steps to have him held in contempt of Congress.

Whitaker, in a statement, said he would show up only if Democrats committed not to issue a subpoena.

A spokeswoman for Nadler did not have any immediate comment.

Whitaker has faced criticism since Trump appointed him. Prior to joining the Justice Department, Whitaker made multiple negative comments about Mueller’s investigation into whether Trump’s campaign may have colluded with Russia.

He also has declined to recuse himself from overseeing the investigation after career ethics officials at the department urged him to step aside to avoid the appearance of a conflict.

Trump has denied collusion with Russia and has called Mueller’s probe a witch hunt.

Nadler has warned Whitaker that he should not try to dodge questions by asserting the answers could involve matters subject to executive privilege, and provided Whitaker in advance with a list of questions he can expect on Friday.

Nadler also has tussled with the Justice Department over the scheduling for Whitaker’s testimony.

On Thursday, Nadler also claimed some Justice Department officials may have counseled Whitaker not to attend Friday’s hearing. A Justice Department spokeswoman said Whitaker had been preparing for the hearing since December, a process that has involved mock hearings and briefings by dozens of staffers in every major component of the department.

Assistant Attorney General Stephen Boyd, in a letter to Nadler, said Whitaker is prepared to discuss some topics if the subpoena threat is removed, including his decision not to recuse himself from the Russia probe.

“The Acting Attorney General will testify that at no time did the White House ask for…any promises or commitments concerning the Special Counsel’s investigation,” Boyd wrote.

However, Boyd added, Whitaker cannot divulge details of his confidential discussions with Trump because certain communications are “vital to a president’s ability to discharge the responsibilities of his office.”

Republicans blasted Democrats for hanging the possibility of a subpoena over Whitaker’s head after he voluntarily agreed to appear.

Doug Collins, the most senior Republican on the Judiciary Committee, accused Democrats of “political theater” and later said they had clearly “overplayed their hand” by threatening to subpoena a cooperating witness.