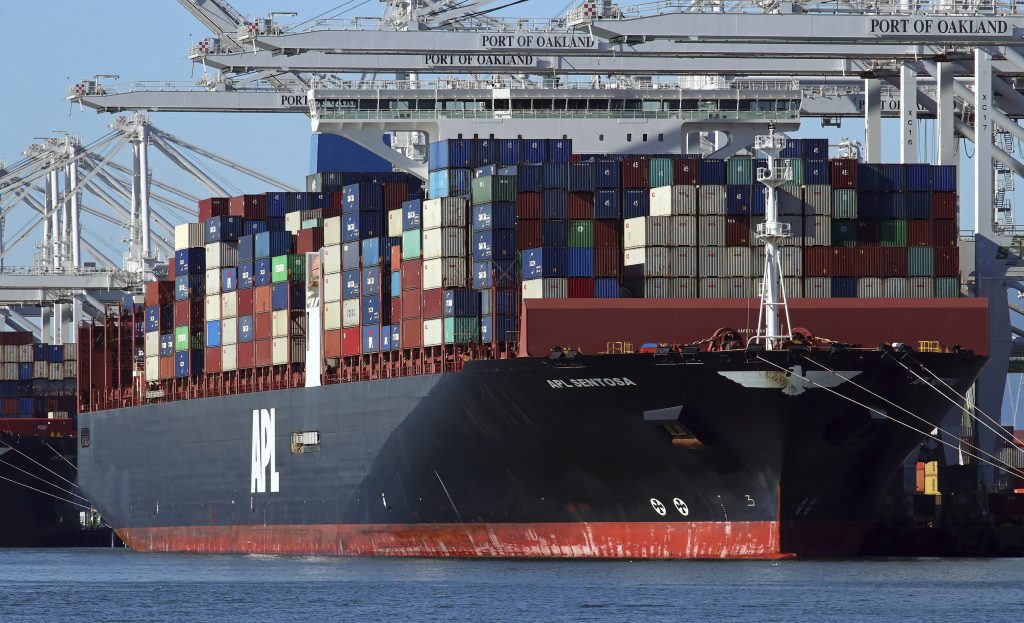 The U.S. trade deficit fell 11.5 percent in November to the lowest level since June.

The Commerce Department said Wednesday the gap between what the United States sells and what it buys from other countries dropped to $49.3 billion from a revised $55.7 billion in October. American exports fell 0.6 percent to $209.9 billion, but imports fell faster, dropping 2.9 percent to $259.2 billion.

The politically sensitive deficit with China in the trade of goods such as cars and cellphones fell 7.3 percent to $35.4 billion.

President Donald Trump campaigned on a pledge to slash America’s trade deficit with the rest of the world and has imposed import taxes on foreign steel, aluminum and Chinese products.

But the January-November 2018 deficit was still up 9 percent from a year earlier.

Trump sees the lopsided trade numbers as a sign of U.S. economic weakness and as the result of bad trade deals and abusive practices by U.S. trading partners, especially China.

Mainstream economists view trade deficits as the result of an economic reality unlikely to yield to changes in trade policy: Americans buy more than they produce, and imports fill the gap. The strong U.S. economy also encourages Americans to buy more foreign products.

U.S. exports are also hurt by the American dollar’s role as the world’s currency. The dollar is usually in high demand because it is used in so many global transactions. That means the dollar is persistently strong, raising prices of U.S. products and putting American companies at a disadvantage in foreign markets.