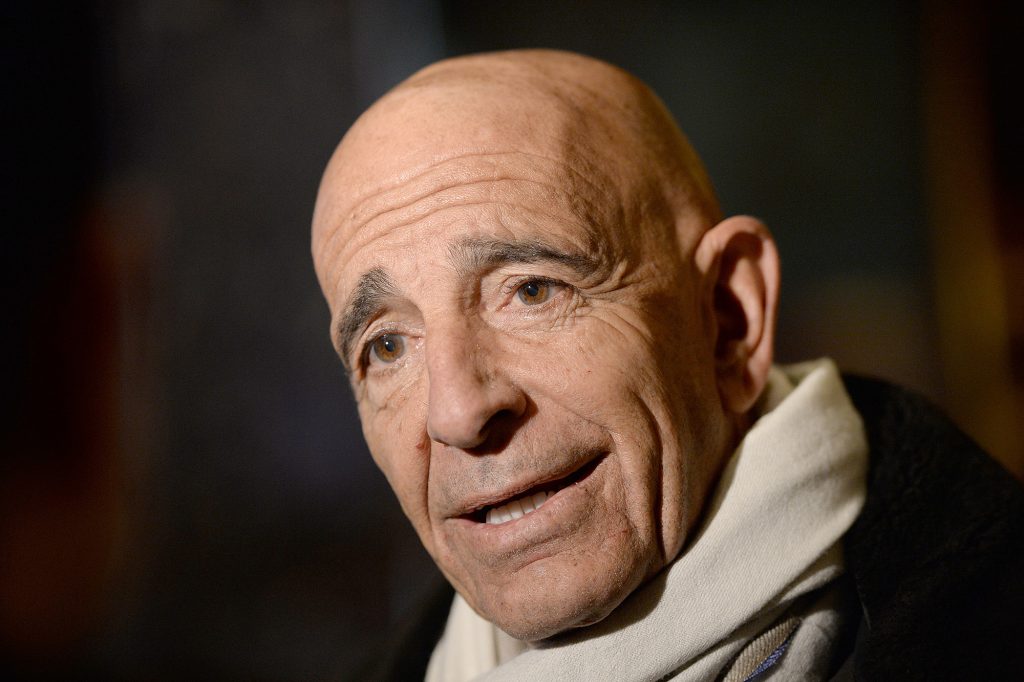 The chairman’s black-tie dinner was Tom Barrack’s time to shine.

After more than two months planning Donald Trump’s inaugural celebration, Barrack, a decades-old confidant of the president-elect, threw one of the most extravagant fetes of the week. The dinner menu featured a red wine blend from Barrack’s family vineyard in California.

The guest list was chock full of foreign dignitaries, multibillionaires, Republican leaders, conservative luminaries and top executives from Barrack’s real estate investment firm, Colony Capital. For anyone who wasn’t already a friend of Barrack’s, the dinner gave them a chance to meet the fabled Trump whisperer and chairman of his inaugural committee.

Within a month of the dinner, Colony had formalized a plan to take advantage of this network of connections, an internal eight-page document reviewed by Bloomberg shows. Colony would open a Washington office to capitalize on its ties to the White House and foreign governments. The office’s focus would be to pursue deals arising from Trump’s promised $1 trillion infrastructure push.

It was an opportunity to “build a bridge to where government and business intersect globally,” according to the document. The trick was “to strategically cultivate domestic and international relationships while avoiding any appearance of lobbying.”

Railways, buses, highways, airports and ports were all potential opportunities, according to the document. The plan called for a White House liaison, as well as two employees each for interacting with the U.S. Senate and House of Representatives. But Trump’s plan never took root, and the Colony office in D.C. never materialized.

A spokesman for Colony said the plan for a Washington office was conceived by Rick Gates, a trusted deputy of Barrack’s. Gates had helped orchestrate the inauguration and chairman’s dinner, according to two people familiar with the matter. He later pleaded guilty to conspiracy and false statement charges related to his work as the right-hand man of Paul Manafort when they did political consulting in Ukraine.

“This memo was simply an outline of a proposed potential business plan from Rick Gates, which was never acted upon or implemented,” said Owen Blicksilver, a spokesman for Colony. “Colony at no time has maintained a D.C. office,”

Tom Green, a lawyer for Gates at Sidley Austin, declined to comment.

The idea was considered viable within Colony until at least April 2017, according to two people familiar with the plans. That month, Gates dined at an upscale Washington restaurant with Treasury Secretary Steven Mnuchin, Barrack and seven Middle Eastern ambassadors.

At the time, Colony had good reason to believe the infrastructure push would become a reality. In the hours before he spoke to the crowd at Barrack’s chairman’s dinner, Vice President-elect Mike Pence had pitched an association of mayors, saying Trump was planning a “big” infrastructure bill.

Barrack, 71, built a fortune investing in real estate and distressed debt, developing extensive ties with Trump and investors across the globe. He nurtured special relationships with the Qatari sovereign wealth fund and other Middle Eastern investors — some of whom were interested in U.S. infrastructure. “The international program that can be built by Colony NorthStar would be unparalleled given the building blocks already in place,” the document read, referring to a post-merger name it has since shed.

Gates, 46, spent a decade as Paul Manafort’s deputy in Ukraine, where they served as political consultants to Kremlin-backed political leaders and parties. When Manafort became Trump’s campaign chairman in 2016, Gates again served as his deputy. He was hired by Barrack to work as a consultant looking for investment deals in digital infrastructure, such as data centers, radio towers and communications technology, despite having no apparent background in those areas.

On Monday, Bloomberg and other news organizations reported that New York prosecutors sent a wide-ranging subpoena to Trump’s inaugural committee. “It is our intention to cooperate with the inquiry,” a spokeswoman said.