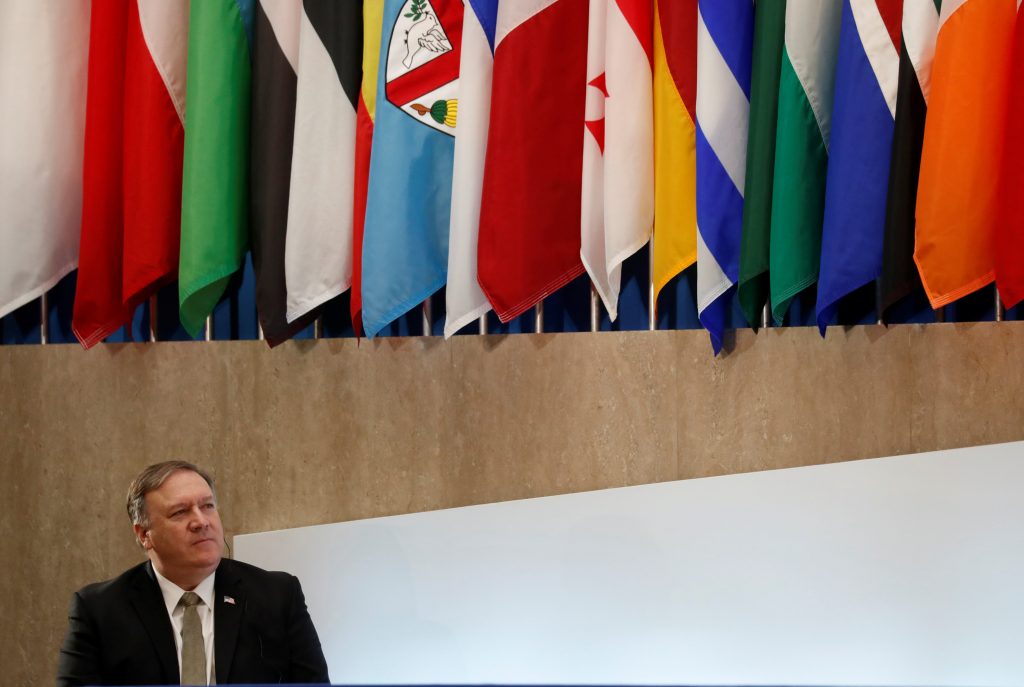 Secretary of State Mike Pompeo on Wednesday reassured allies that the withdrawal of U.S. troops from Syria was not “the end of America’s fight” and called on them to recommit to permanently defeating Islamic State in Syria and Iraq.

At the State Department, Pompeo told foreign ministers and other senior officials from 79 countries that have worked alongside the United States in fighting the militant group in Syria and Iraq that Islamic State remained a menace.

“The U.S. troops withdrawing from Syria is not the end of America’s fight. The fight is one we will continue to wage alongside you,” Pompeo said in opening remarks. “The drawdown in troops is essentially a tactical change, it is not a change in the mission. It simply represents a new stage in an old fight.”

“Our mission is unwavering, but we need your help to accomplish it, just as we’ve had over the past months and years,” Pompeo said, “To that end, we ask that our coalition partners seriously and rapidly consider requests that will enable our efforts to continue.

“Those requests are likely to come very soon,” he added, without elaborating.

“We do have to keep pressure on this network. … They have the ability of coming back together if we don’t,” Votel, who oversees troops in the Middle East as well as Afghanistan, told a Senate Armed Services Committee hearing.