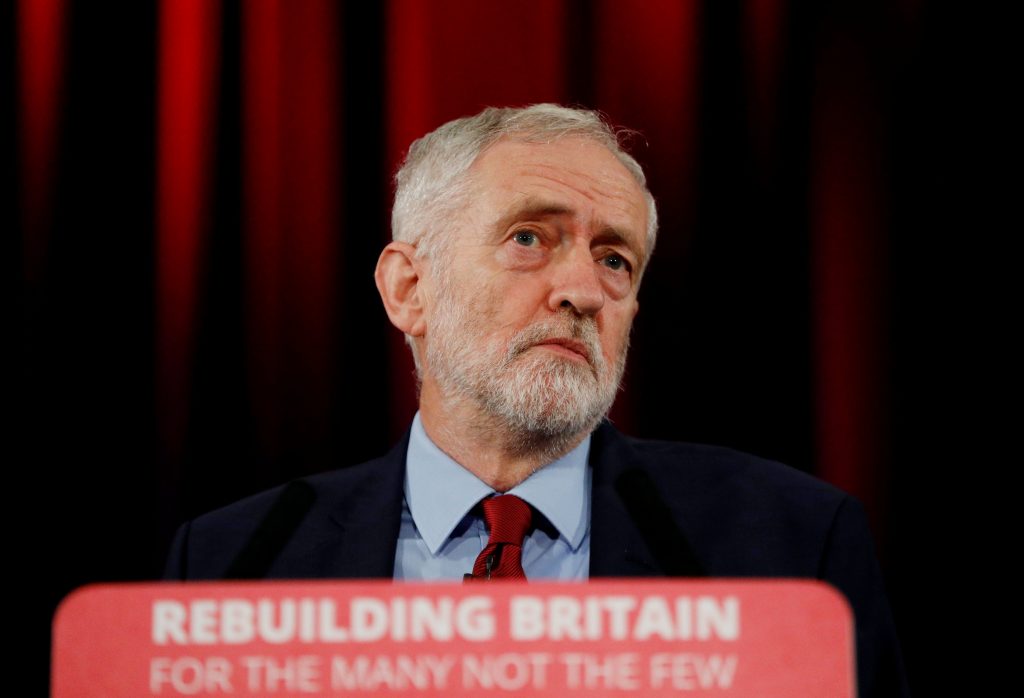 British opposition leader Jeremy Corbyn met Prime Minister Theresa May last week and has written her a letter putting forward five demands by his Labour Party on the Brexit deal, his party said late on Wednesday.

In the letter made public on Wednesday, Corbyn said the Brexit deal must include a “permanent and comprehensive” U..K-wide customs union, a close alignment with the single market, “unambiguous agreements” on future security arrangements, and commitments on U.K. participation in European Union (EU) agencies and funding programs.

The Labour leader wrote that the above demands should be put into law before Britain leaves the EU.

Corbyn also reiterated that there must not be a return to a hard border in Northern Ireland, adding that all steps must be taken to avoid a no-deal Brexit.

Last month, British lawmakers rejected May’s original deal that set out the terms by which Britain would exit the European Union. They voted to demand May seek changes to the treaty.

Britain is due to leave EU on March 29.

May is set to travel to Brussels on Thursday to tell EU leaders they must accept legally binding changes to the Irish border arrangements of the divorce deal or face the prospect of a disorderly no-deal Brexit.

London and Brussels are arguing over whether the Brexit deal clinched in November can be changed, raising the possibility of a delay to Brexit, a last-minute deal or a no-deal exit.