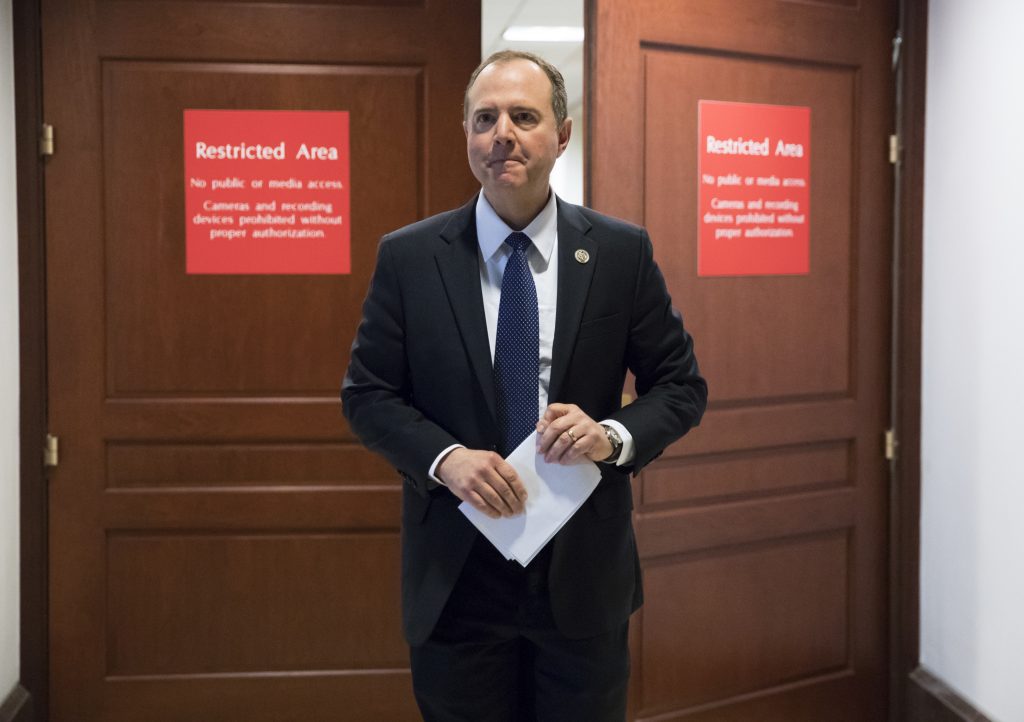 In the panel’s first act since Democrats took the majority, the House Intelligence Committee is expected to vote to send more than 50 interview transcripts to special counsel Robert Mueller.

The panel is meeting Wednesday for the first time since California Rep. Adam Schiff became chairman. Schiff has long said that sending Mueller the transcripts from the panel’s now-closed investigation into Russian election interference would be one of his top priorities.

Two associates of President Donald Trump have already been charged with lying to the committee, and Schiff has said Mueller should consider whether additional perjury charges are warranted.

As is tradition, the committee will meet behind closed doors. A notice for the meeting says that one of the agenda items is “transmission of certain committee transcripts to the Department of Justice.” A person familiar with the meeting said the vote is to send the transcripts to Mueller’s office. The person asked not to be named because committee business is confidential.

Cohen pleaded guilty in November to lying to the House and Senate intelligence committees in a statement about his role in a Trump business proposal in Moscow. He acknowledged that he misled lawmakers by saying he had abandoned the project in January 2016 when he actually continued pursuing it for months after that.

Cohen, who is scheduled to begin serving a three-year prison sentence in March, will return to the House panel on Friday for another closed-door interview. Since he testified in 2017, the former fixer has turned on the president, cooperating with Mueller’s probe and a separate investigation in New York.

Stone pleaded not guilty to charges last month that he lied to the House panel about his discussions during the 2016 election about WikiLeaks, the anti-secrecy group that released thousands of emails stolen from Democrats. He is also charged with obstructing the House probe by allegedly encouraging one of his associates, New York radio host Randy Credico, to refuse to testify before the House panel in an effort to conceal Stone’s false statements.

It is unclear if Mueller has since requested any other transcripts, or if he has already seen any of them. It is possible that Mueller could have gained access to the documents through the intelligence agencies that are reviewing them.

Among the transcripts that would be released would be interviews with Trump’s eldest son, Donald Trump Jr.; his son-in-law, Jared Kushner; his longtime spokeswoman, Hope Hicks; and his former bodyguard Keith Schiller. There are dozens of other transcripts of interviews with former Obama administration officials and Trump associates.

Republicans closed their Russia probe last March, concluding there was no evidence of conspiracy or collusion between Russia and Trump’s presidential campaign. Democrats strongly objected, saying that the Republicans prematurely closed the investigation. Schiff has indicated he wants to re-open parts of that probe.