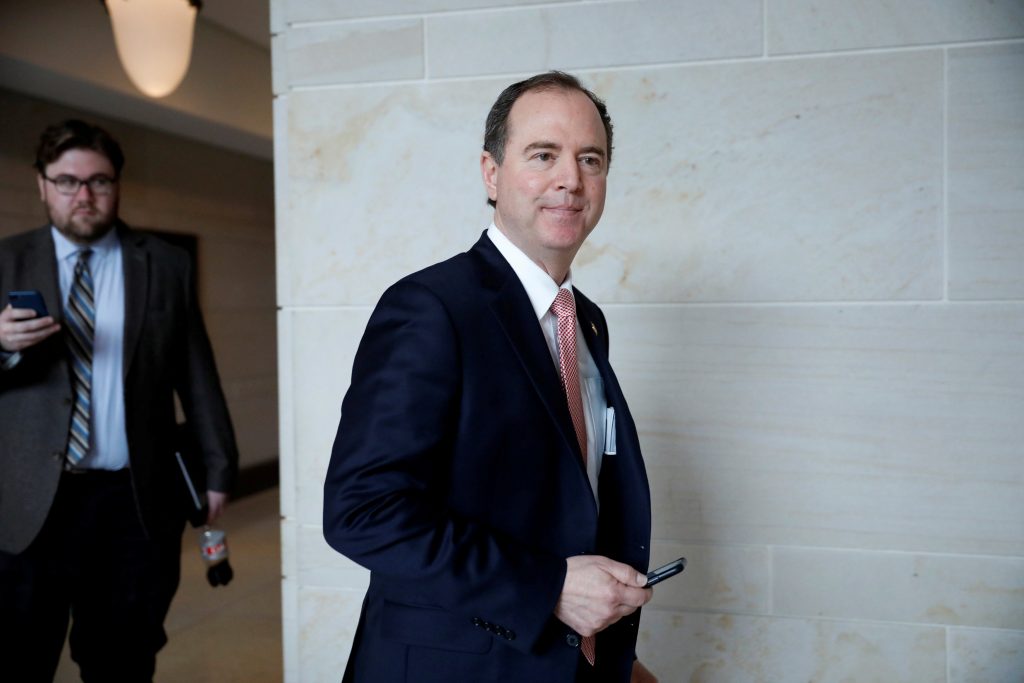 The House Intelligence Committee is set to pursue a wide investigation into attempts to influence the 2016 U.S. presidential election, including a look at Donald Trump’s financial transactions, the panel’s Democratic chairman Adam Schiff said on Wednesday.

A day after the Republican president warned Democrats against “ridiculous partisan investigations” in his annual State of the Union address, Schiff said they would not be intimidated.

“We’re going to do our proper oversight,” he told reporters after the intelligence panel’s first meeting, which was closed.

The committee voted to provide transcripts of testimony it took behind closed doors in its probe of Russian interference in the 2016 U.S. presidential election to the special counsel for use in any prosecutions, something Schiff promised to do last month after a second Trump associate was charged with lying to Congress.

Schiff has said that an area of particular interest related to investigations of Trump are allegations that Russians might possess financial leverage over him.

“Our job involves making sure that the policy of the United States is being driven by the national interest — not by any financial entanglement, financial leverage or other form of compromise,” he told reporters on Wednesday.

Trump, asked about Schiff’s comments at a White House appearance, retorted: “Under what basis would he do that? He has no basis to do that. He’s just a political hack. … There would be no reason to do that.”

Schiff, who assumed the committee chairmanship after Democrats won control of the House of Representatives in November elections, listed lines of inquiry it intends to pursue on Russian election activities, possible Trump campaign ties and matters relating to Trump’s business dealings.

“Congress has a duty to expose foreign interference, hold Russia to account, ensure that U.S. officials — including the President — are serving the national interest and, if not, are held accountable,” Schiff said in a statement.

Schiff said the panel would release transcripts of all interviews after Roger Stone, a longtime ally of Trump, was charged with lying to Congress.

Stone is accused of lying to Congress about the 2016 campaign’s efforts to use stolen emails to undercut Trump’s Democratic rival, Hillary Clinton. He has pleaded not guilty.

Schiff said Special Counsel Robert Mueller had access to the transcripts, but a formal release was necessary for him to be able to use them in any prosecutorial proceedings.