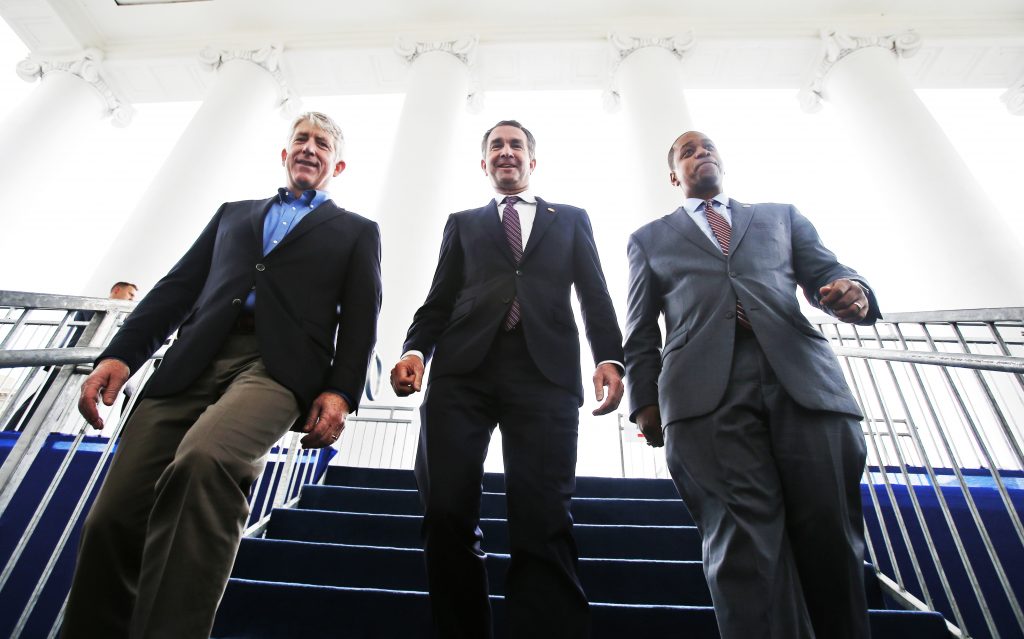 The political crisis in Virginia spun out of control Wednesday when the state’s attorney general confessed to putting on blackface in the 1980s and detailed allegations of misbehavior surfaced against Lt. Gov. Justin Fairfax.

With Gov. Ralph Northam’s career already hanging by a thread over a racist photo in his 1984 medical school yearbook, the day’s developments threatened to take down all three of Virginia’s top elected officials, all of them Democrats.

The twin blows began with Attorney General Mark Herring issuing a statement admitting he wore brown makeup and a wig in 1980 to look like a rapper during a party when he was a 19-year-old student at the University of Virginia.

Herring — who had previously called on Northam to resign and was planning to run for governor himself in 2021 — apologized for his “callous” behavior and said that the days ahead “will make it clear whether I can or should continue to serve.”

The 57-year-old Herring came clean after rumors about the existence of a blackface photo of him began circulating at the Capitol, though he made no mention of a picture Wednesday.

The string of scandals that began when the yearbook picture came to light last Friday could have a domino effect on Virginia state government: If Northam and Fairfax fall, Herring would be next in line to become governor. After Herring comes House Speaker Kirk Cox, a conservative Republican.

At the Capitol, lawmakers were dumbstruck over the day’s fast-breaking developments, with Democratic Sen. Barbara Favola saying, “I have to take a breath and think about this. This is moving way too quickly.” GOP House Majority Leader Todd Gilbert said it would be “reckless” to comment. “There’s just too much flying around,” he said.

Democrats have expressed fear that the uproar over the governor could jeopardize their chances of taking control of the GOP-dominated Virginia legislature this year. The party made big gains in 2017, in part because of a backlash against President Donald Trump, and has moved to within striking distance of a majority in both houses.