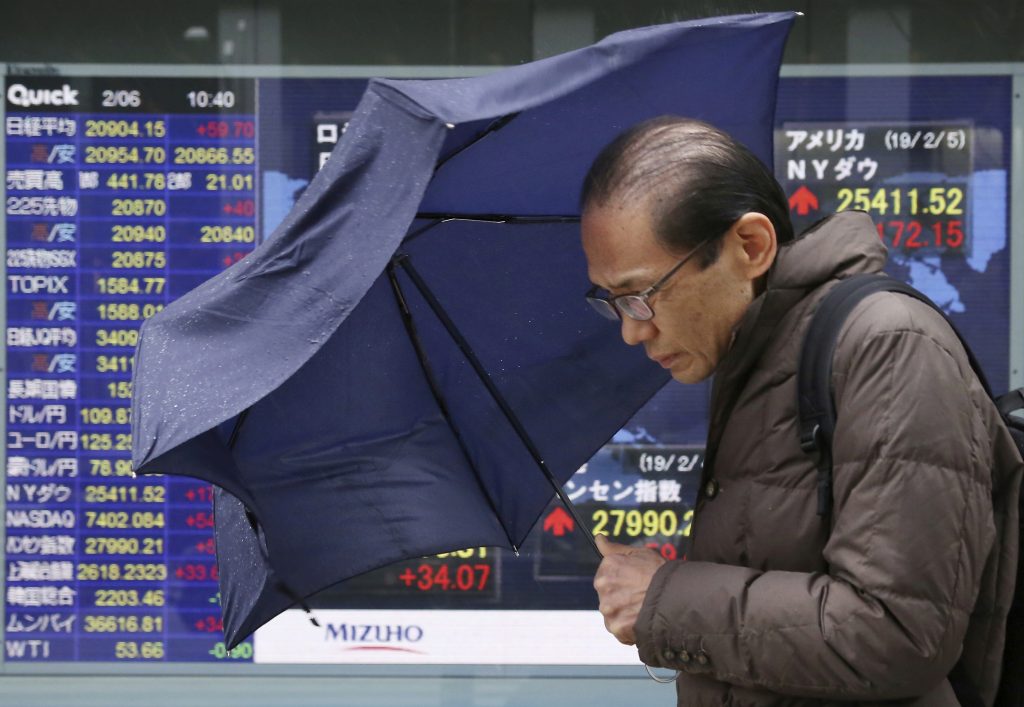 Shares have advanced in Asia following a rally on Wall Street led by technology companies. There was little if any immediate reaction to President Donald Trump’s State of the Union address.

More than 68 percent of companies reporting earnings in the S&P 500 beat analyst forecasts during the most recent quarter. Those results, in part, helped drive the market’s best January in 32 years.

Positive sentiment has been supported by reports from Washington, citing unnamed sources, that say U.S. Trade Representative Robert Lighthizer and Treasury Secretary Stephen Mnuchin plan to travel to Beijing next week for the next round of talks aimed at resolving trade- and technology-related disputes that have led to both sides imposing tariffs on billions of dollars’ worth of each other’s products.