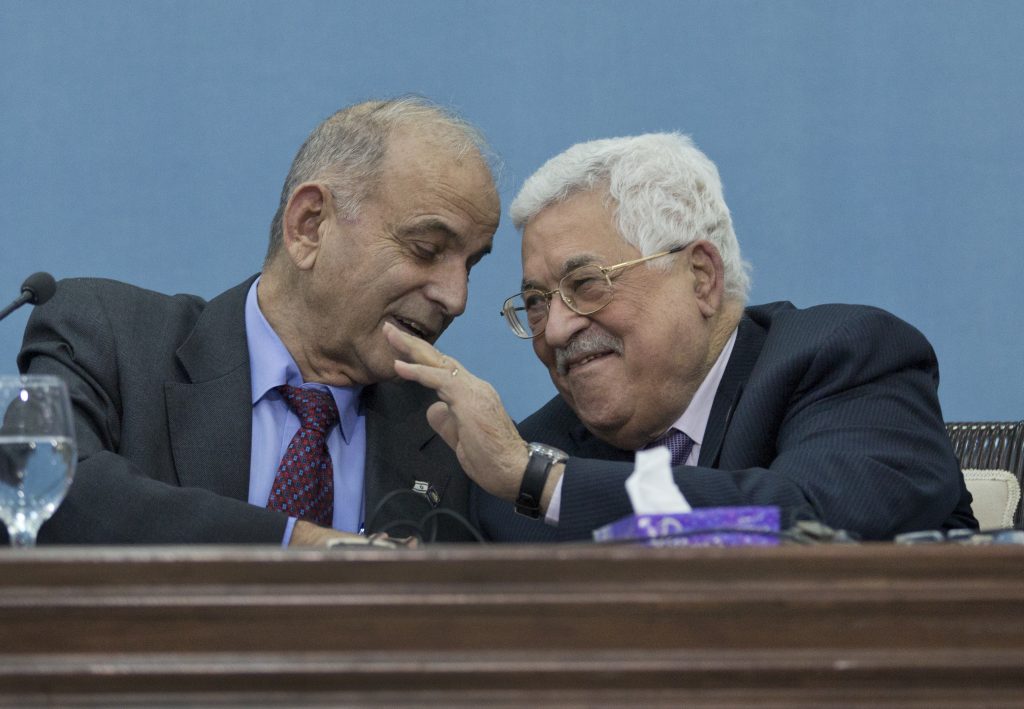 Palestinian Authority President Mahmoud Abbas has pledged to continue security coordination with Israel, despite recent U.S. funding cuts to Palestinian security forces and years of impasse in the peace process.

Abbas told a gathering of Palestinian and Israeli activists on Wednesday that his government has counter-terrorism agreements with nearly 100 countries, including Israel.

He says the PA has a “joint agreement to fight terrorism” with Israel and “will not violate it” — because if it does, “nothing will remain.”

He added his hopes that a party committed to peace would succeed in the upcoming Israeli elections.

The U.S. cut all aid to the Palestinian Authority, including $61 million in security assistance, when an anti-terrorism law took effect last week. The forces are considered crucial for Palestinian and Israeli safety.