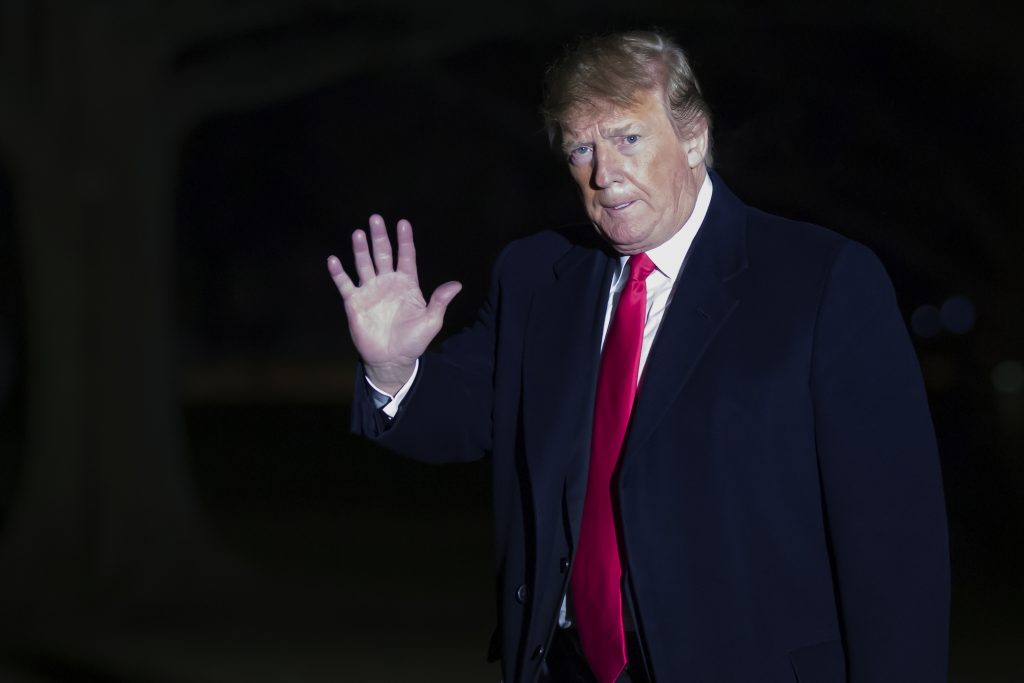 A federal subpoena seeking documents from Donald Trump’s inaugural committee is part of “a hysteria” over the fact that he’s president, White House press secretary Sarah Sanders said on Tuesday.

Federal prosecutors in New York issued the subpoena on Monday, furthering a federal inquiry into a fund that has faced mounting scrutiny into how it raised and spent its money.

Inaugural committee spokeswoman Kristin Celauro told The Associated Press that the committee had received the subpoena and was still reviewing it. “It is our intention to cooperate with the inquiry,” she said.

The investigation is the latest in a series of criminal inquiries into Trump’s campaign and presidency.

Later, Sanders reiterated to reporters that the investigation “has nothing to do with the White House.”

“I think the biggest focus and the thing that most Americans care about has nothing to do with the inaugural and it has everything to do with what the path forward looks like,” she said.

The Wall Street Journal, citing a copy of the subpoena, reported that prosecutors asked for “all documents” related to the committee’s donors and vendors, as well as records relating to “benefits” donors received after making contributions.

The newspaper reported late last year that federal prosecutors are investigating whether committee donors made contributions in exchange for political favors — a potential violation of federal corruption laws. It said the inquiry also was focused on whether the inauguration misspent the $107 million it raised to stage events celebrating Trump’s inauguration.

The New York Times reported late last year that federal prosecutors are examining whether anyone from Qatar, Saudi Arabia or other Middle Eastern countries made illegal payments to the committee and a pro-Trump super political action committee. Foreign contributions to inaugural funds and PACs are prohibited under federal law.

The head of the inaugural committee, Tom Barrack, confirmed to The Associated Press that he was questioned by special counsel Robert Mueller in 2017. He told the AP he was not a target of the Mueller investigation.