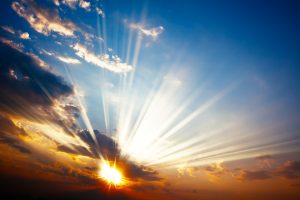 Self assessment of health, child obesity, smoking, and cancer. In every single one of those health-measuring categories, the city that scored better than any other city in the country, according to the Israel Ministry of Health 2018 comprehensive report released last week, is none other than Bnei Brak.

As if that is not impressive enough, Bnei Brak is the only city that scored at the very top of the health-measurements categories in such a relatively large number of domains. On top of that, Bnei Brak also scored above average for physical activity and life expectancy. There were some domains that Bnei Brak scored below average, but, overall, the results are quite a pat on the back for Bnei Brak’s population.

Seeing this reported in the news reminded me of the time that I brought my son to Hagaon Harav Aharon Leib Shteinman, zt”l, for a brachah (my oldest daughter was with us as well, but that part is a story in its own right, perhaps for a different time). It was about five years ago, a few days before my son’s class was to celebrate their gala Chumash party. At the time, Rav Shteinman was 100 years old. We actually came on the day of Rebbetzin Shteinman’s yahrtzeit, shortly before Rav Shteinman would be leaving to visit her kever. Being the only non-family members in the apartment, I felt conspicuous; but my friend, a grandson of Rav Shteinman whose son is in the same class as my son, was our protektzia. After all, the deal was that I would give him a ride, and he would get me in.

In any event, while we were waiting in the living-room-cum-beis-medrash, I took note of the large windows that face Chazon Ish Street. Chazon Ish Street is a bustling place. Cars and buses occupy the road at all hours of the day, and probably most hours of the night. It was during the month of Sivan, so the windows were open to allow for a breeze and fresh air. The problem, though, was that the air was really not all that fresh, what with all the vehicles constantly emitting their fumes. Perhaps because I grew up with a mother who is a doctor and super into not allowing stuff which is essentially poison to enter the body (I remember, as a kid, that if we would ever walk by a bus that just spewed a cloud of fumes, she would cover her mouth and nose), I could not help but wonder how this situation was not a hazard to the health of the Gadol Hador.

“Well,” I thought to myself, “Harav Shteinman is 100 years old, lucid as can be, and, although old and frail-looking, seems to be in quite good health. Obviously,” I concluded my line of thought, “he must have special help from Above that, despite breathing in fume-laden air for so many years, he is still going strong at such an advanced age.”

And maybe, just maybe, Bnei Brak as a whole also has a bit (or perhaps more than a bit) of that type of special siyatta diShmaya. As the city that was founded on the pure mesirus nefesh of Reb Yitzchok Gerstenkorn, who suffused its beginning with unadulterated intentions of working l’shem Shamayim, subsequently developed and cultivated into an absolute citadel of Torah by the Chazon Ish and the Ponevezer Rav, and led by many of Klal Yisrael’s greatest Gedolei Torah of the past half-century, it would be perfectly understandable.

Just to be clear: no, this is not a pitch, nor even an excuse, for people, even those who live in Bnei Brak, to start ignoring Alan Freishtat’s weekly exhortations about how to live a healthier life. We certainly do have to do the best we can to fulfill the mitzvah of shemiras ha’guf v’ha’nefesh. At the same time, though, I think it’s worthwhile to take note of the reminders that Hashem gives us from time to time that, with all our hishtadlus, it is ultimately He who determines who will be healthy and who will live long. And, it’s also important to note, the two don’t always go together, as the following anecdote illustrates.

During the engagement period of Beila Hinda Frank to the Volozhiner Yeshiva iluy known as Zunia Mirrer, the latter contracted tuberculosis. Although the Frank family was very gracious, sending the chassan funds for medical treatment, they were understandably not enthusiastic about their daughter going forward with the shidduch. Beila Hinda, though, for her part, was not about to give up on the Volozhiner iluy so quickly.

The soon-to-be-couple presented the dilemma to the Chofetz Chaim, who told the kallah, “Some people live healthy, and some people live long.” The shidduch endured, and Zunia Mirrer, far better known as Hagaon Harav Isser Zalman Meltzer, zt”l, went on to become one of the leading Gedolei Torah of Klal Yisrael during that crucial era, and lived until the ripe old age of 83; scoring far beyond the life-expectancy of the time.