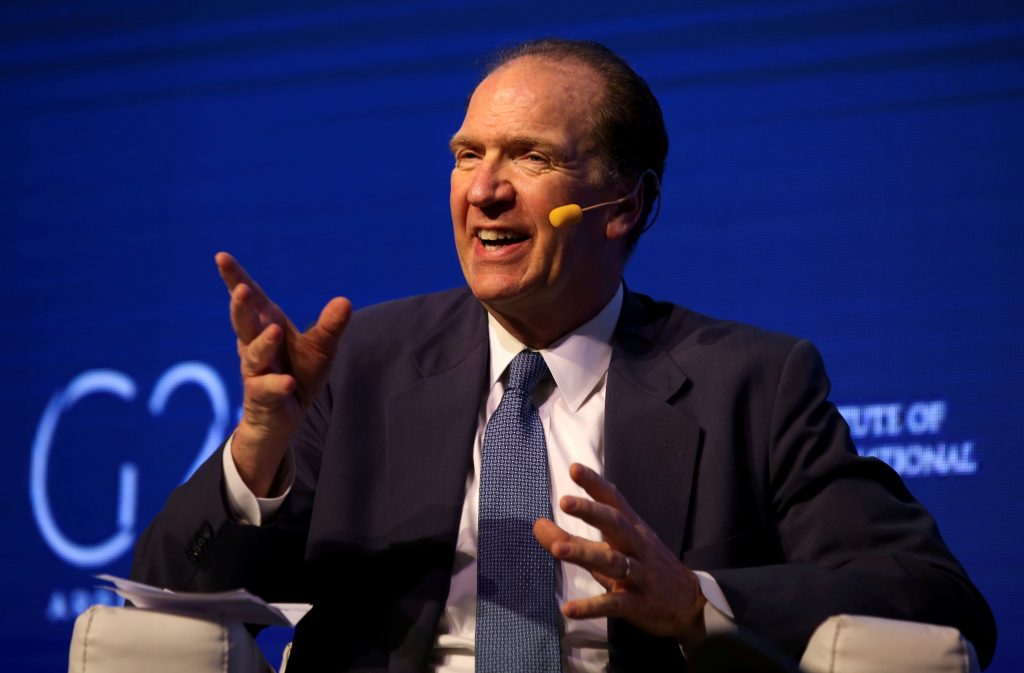 The nomination of Malpass would put a Trump loyalist and a skeptic of multilateral institutions in line to lead the World Bank, which committed nearly $64 billion to developing countries in the year ended June 30, 2018.

Politico, which first reported the decision, said it would be announced on Wednesday, citing unidentified administration officials.

Spokespersons for the White House and the U.S. Treasury declined comment.

A European diplomatic source said the Trump administration had notified several capitals of the Malpass nomination, adding that European shareholders of the bank were not likely to block it.

Malpass, or any other U.S. nominee, would still need to win approval from the World Bank’s 12-member executive board. While the United States holds a controlling 16 percent share of board voting power and has traditionally chosen the World Bank’s leader, challengers could emerge.

If approved, Malpass, the U.S. Treasury’s top diplomat as undersecretary for international affairs, would replace physician and former university president Jim Yong Kim in the role. Kim, first nominated by former U.S. president Barack Obama in 2012, stepped down on Feb. 1 to join private equity fund Global Infrastructure Partners, more than three years before his term ended, amid differences with the Trump administration over climate change and development resources.

The nomination signals that the Trump administration wants a firmer grip on the institution.

Malpass in 2017 criticized the World Bank, the International Monetary Fund and other multilateral institutions for growing larger, more “intrusive” and “entrenched.”

Over the past two years, Malpass has also pushed for the World Bank to halt lending to China, which he says is too wealthy for such aid, especially when Beijing has subjected some developing countries including Sri Lanka and Pakistan to crushing debt loads with its “Belt and Road” infrastructure development program.

China is the World Bank’s third largest shareholder after Japan, with about a 4.5 percent share of voting power.

One World Bank board source said that there was little appetite among member countries to mount a challenge to a U.S. candidate seen as qualified and reasonable, but it was unclear yet whether enough viewed Malpass as fitting that description.

Justin Sandefur, a senior fellow with the Center for Global Development, said the choice showed that the Trump administration was trying to undermine a key global institution and urged other countries to nominate alternative candidates.

“They have a choice. It’s a simple majority vote, the U.S. has no veto in this election and there are many better candidates,” Sandefur said in an emailed statement.

The World Bank will accept nominations from Thursday through March 14 and up to three candidates could advance to a board vote.

Malpass, 62, was an economic adviser to Trump during his 2016 election campaign. He served as chief economist at investment bank Bear Stearns and Co prior to its 2008 collapse and served at the Treasury and State Departments under Presidents Ronald Reagan and George H.W. Bush.