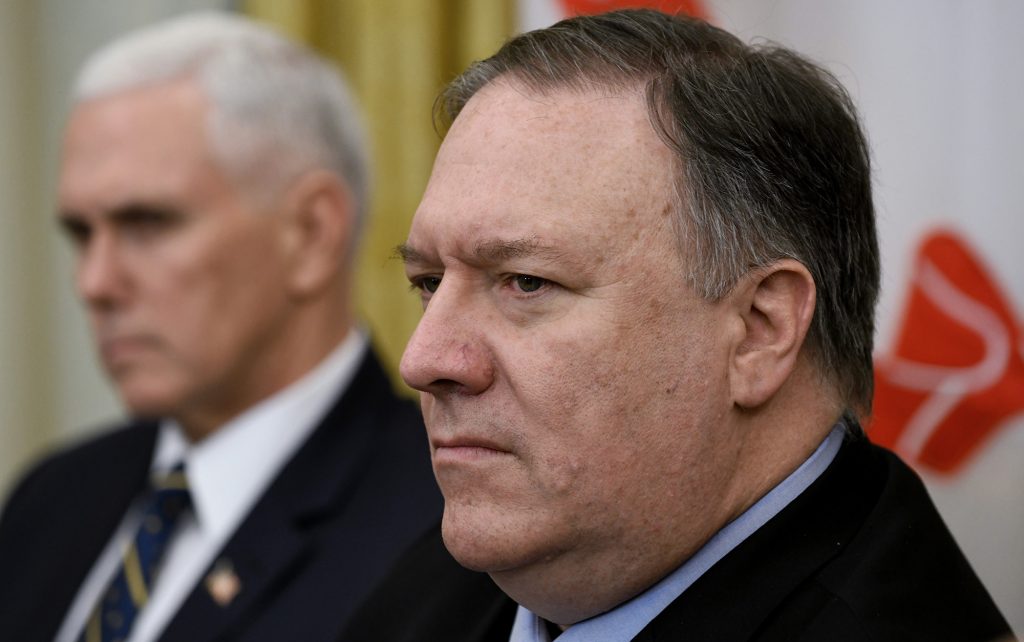 If attendees of the Missouri-Kansas Forum breakfast in Washington, D.C., on Tuesday were looking for any hints that guest of honor Mike Pompeo might still consider a Senate run in 2020, they came up empty.

The event’s format allowed members of the audience to ask the secretary of state questions, but no one asked him about the Kansas Senate race, and Pompeo did not bring it up, multiple sources told The Kansas City Star. The sources requested anonymity to discuss Pompeo’s remarks at the event, which were off the record.

Pompeo talked mostly about trade at the breakfast at Charlie Palmer, an upscale steakhouse.

Republican leaders in Washington, including Senate Majority Leader Mitch McConnell, have tried to recruit Pompeo to run for an open Senate seat in Kansas in 2020. But Pompeo told Fox News last month that his “singular focus” is on his job as secretary of state.

Pompeo, who previously addressed the group as a congressman, agreed to the appearance in December before Sen. Pat Roberts’ retirement announcement spurred an effort to recruit him into the 2020 Senate race.

Russell Orban, the forum’s chairman, declined to comment on the content of Pompeo’s speech, which took place the same day as President Donald Trump’s State of the Union address.

Roberts said he stopped by the breakfast to say hello to Pompeo, but had to leave before the secretary’s remarks.

He said Pompeo has given no further indication that he planned to jump into the Senate race, although the two keep in touch by phone.

“He’s got a full-time job and I think he’s doing a good job,” Roberts said. “But I wouldn’t rule it out.”

Rep. Roger Marshall, R-Kan., also attended the closed-door event. Marshall, who is mulling his own Senate run, wouldn’t discuss the content of Pompeo’s off-the-record speech, but cast doubt on the notion that Pompeo will give up his current role as the nation’s top diplomat.

“He’s a very straightforward person: His yes is his yes. His no is his no,” Marshall said. “I think he’s very comfortable right where he is.”

Marshall still hasn’t made his own decision about a run for Senate, but he said he’s concerned about a lack of leadership in the Kansas Republican Party and has been encouraged by his wife to mount a campaign.