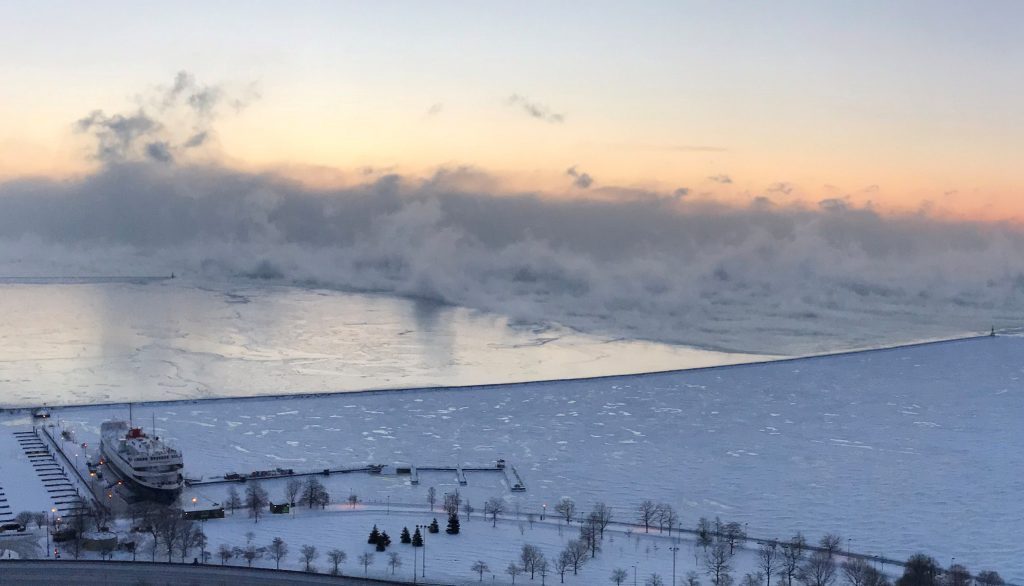 “Not as cold as Siberia.”

That’s what my father, a”h, would say with a laugh if I complained over the phone about the frigid weather in Providence, where my family lived in the 1980s. And indeed it never was that cold. In the work camp east of Irkutsk where he and a small group of Novardok talmidim and their Rebbi, Harav Yehudah Leib Nekritz, zt”l, had been exiled by the Soviets, winter temperatures could reach minus-40 Celsius.

When I was transcribing the memoir I convinced my father to write, some 10 years ago, I asked my wife to check what that would be in Fahrenheit, the system we in the U.S. use. I imagined it was somewhere around zero, when, after a few minutes, my ears, and even gloved fingers, lose all feeling.

After some research, she reported back: “That’s where both scales converge. Minus-40 Celsius is minus-40 Fahrenheit.”

I write as the edges of the polar vortex have chilled the air outside to single digits (as I set out for Shacharis this morning, the thermometer read zero), and 27 below was what my friends and nieces and nephews in Chicago were enduring.

As you read this, the weather will have warmed. But unless you live in Australia (where it was recently 99 degrees Fahrenheit), you will recall last week’s deep freeze with a shiver.

Arctic blasts always recall to me not only my father’s droll comment but the experience that qualified him to make it.

The 10 young men — boys would better have described them; my father was all of 16 — and Rav Nekritz, his wife and their two daughters reached the work camp at the end of July, 1941. They thought the Siberian summer was insufferable, with its hordes of stinging gnats and mosquitoes (though my father, always seeing the good, remembered beautiful butterflies too). And, as the exiles felled trees and harvested potatoes and onions, the brown bears in the forest were also on their minds.

But when the first winter arrived, well before Rosh Hashanah, the new arrivals discovered what “Siberia” conjures in most minds.

When I picture the Jews whom the Soviets forced to work outdoors in horrific cold, I can never avoid thinking about what I was doing at 16 years of age, when my biggest challenges were things like being unprepared, through every fault of my own, for a bechinah or math test. The contrast is always, pun intended, chilling.

In keeping with the Novardok derech, the yeshivah bachurim would try to find a few minutes to spend isolated in a far corner of a field, or among the trees of the forest, to think about who they were, who they should be, and how best to journey from the one to the other.

My esteemed friend Rabbi Hillel Goldberg, who has written about Novardok and the Siberian chaburah, has recounted how a non-Jewish resident of the work camp once asked Rav Nekritz why he thought that a respected rabbi and teacher of Torah like him had been reduced to the life of manual labor in the Siberian wastelands.

His response was: “So you and your friends would see that there is a G-d in the world.”

Novardoker that he was, he then added, perhaps to himself as well: “And so that we, too, would see that there is a G-d in the world.” And indeed, Hashem protected the group; all its members survived the war to rebuild their lives and establish families.

Rav Nekritz also once shared a thought with the young exiles.

“The Amora Rav Yitzchak Nafcha,” he pointed out, “was a blacksmith, a lowly job.”

“When we picture a blacksmith,” he continued, “we imagine someone with grossly muscular arms and an unrefined soul. Yet Rav Yitzchak Nafcha was an illustrious chacham, possessed of no less holiness and refinement than any sage whose good fortune was to spend his days in the beis medrash…

“Yes, our situation here is very different from what it was in yeshivah. But we can strengthen ourselves so that our surroundings and labors do not negatively affect us. One can be a woodchopper and simultaneously develop an exalted, refined soul, as exalted and refined as that of anyone who spends his entire days in deep introspection. Hatchets and saws need not leave their marks on our neshamos.”

It’s a message not bound to any time and place. For those of us today who are no longer ensconced in yeshivah or seminary, it’s as important to hear as it was for the Novardokers in Siberia.