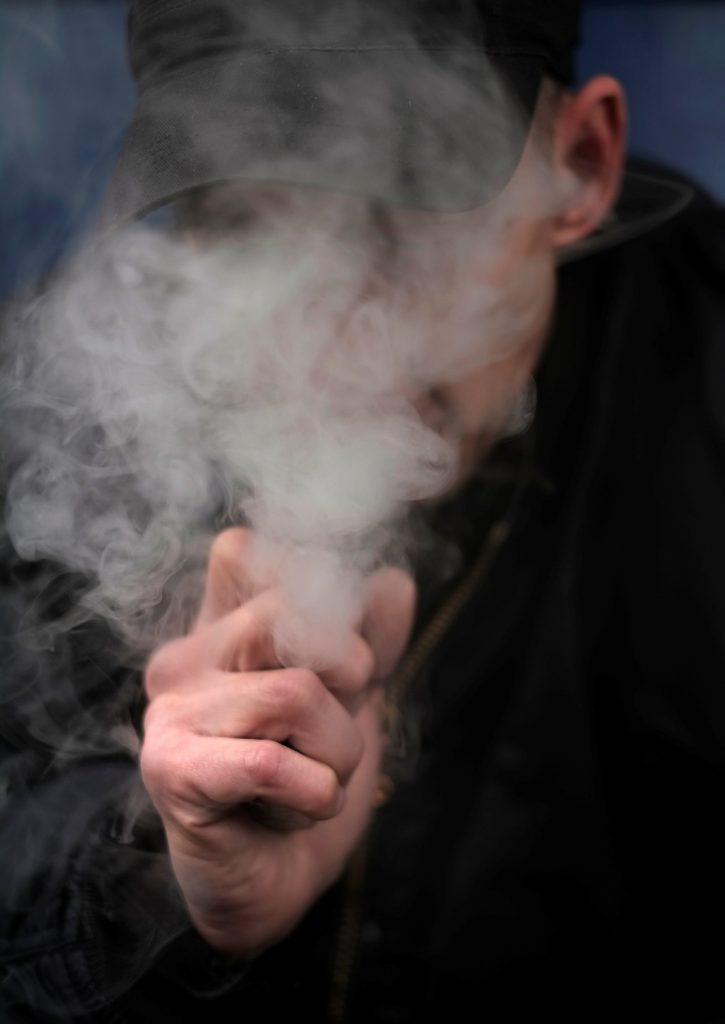 A 24-year-old Fort Worth man died last month after his vape pen exploded in his face, according to the Tarrant County medical examiner’s office.

William Brown was at a vaporizer store in Keller when it happened. His grandmother, Alice Brown, said he had just purchased the device and was using it for the first time in her car.

He died at John Peter Smith Hospital two days after crawling from the car to the trunk area, where he collapsed on the pavement, she said. She said she believes William Brown was attempting to get help. Alice Brown said somebody who saw her grandson called an ambulance.

The medical examiner ruled William Brown’s cause of death as penetrating trauma from an exploding vaporizer pen. His left carotid artery was severed, the report says. Alice Brown said doctors at John Peter Smith Hospital told her that William suffered a stroke inside the car and eventually had bleeding in his brain.

William Brown was not a regular smoker, his grandmother said. He had asthma and had been told that there was a certain vape pen that could help with his symptoms. Alice Brown wasn’t sure if what he was told was even true.

At any rate, on Jan. 27, he left her house to stop by the bank. He made a pit stop at the store and bought the pen.

As she sat in the house she shared with her grandson on Monday afternoon, Alice Brown cried thinking about his birthday in two weeks.

“It just hurts so bad,” she said. “Now he’ll never see that birthday. It’s a waste of the things he could have accomplished.”

After high school, William Brown followed in his father’s footsteps and became a licensed electrician. He kept a close group of friends, and was working to fix up an old Mazda RX8, Alice Brown said.

“His friends are getting together to fix the car for him,” she said. “It just all seems so unreal. He was running around doing his thing at 24 and now he’s gone.”

Alice Brown has been in contact with an investigator in the case. She was told the battery caused the explosion. She had to go through the car to find the pieces of the destroyed vape pen and said she managed to find the key piece — the battery showing the serial number.

“That’s the important part,” she said. “That’s what the investigator said he needed. … I just hope, if anything, I hope it stops someone from [smoking electronic cigarettes]. I don’t know how many more people will have to die.”

William Brown is at least the second person in the United States reportedly killed by an exploding e-cigarette.

In May, Florida authorities investigated the death of a 38-year-old man named Tallmadge D’Elia, who suffered multiple injuries to his face. A medical examiner’s report listed his cause of death as “projectile wound of the head.” The vape pen also started a fire; D’Elia was burned on about 80 percent of his body.

There have been 195 incidents of explosions and fires caused by e-cigarettes reported by U.S. media between January 2009 and December 2016, according to a report from the Federal Emergency Management Agency. Of those cases, 133 people were injured, 38 of them severely. No deaths were reported.

A more recent study, done in part by Dennis Thombs, dean of the School of Public Health at the University of North Texas Health Science Center, showed that e-cigarette injuries are widely underreported across the nation. Researchers found that there were an estimated 2,035 e-cigarette explosions and burn injuries in hospital emergency rooms from 2015 to 2017.

That number was more than 40 times higher than the number of injuries reported by the Food and Drug Administration from 2009 to 2015. The study also found a lack of a surveillance system to track those injuries.

Some of the more serious injuries included burns and loss of eyes or teeth. The majority of burn injuries occurred on the upper leg. A Kansas man sued a Wichita vape shop last year after he said the spare battery for his e-cigarette exploded in the front pocket of his pants.