National Hawaii Bill Aims to Stamp Out Cigarette Use
National 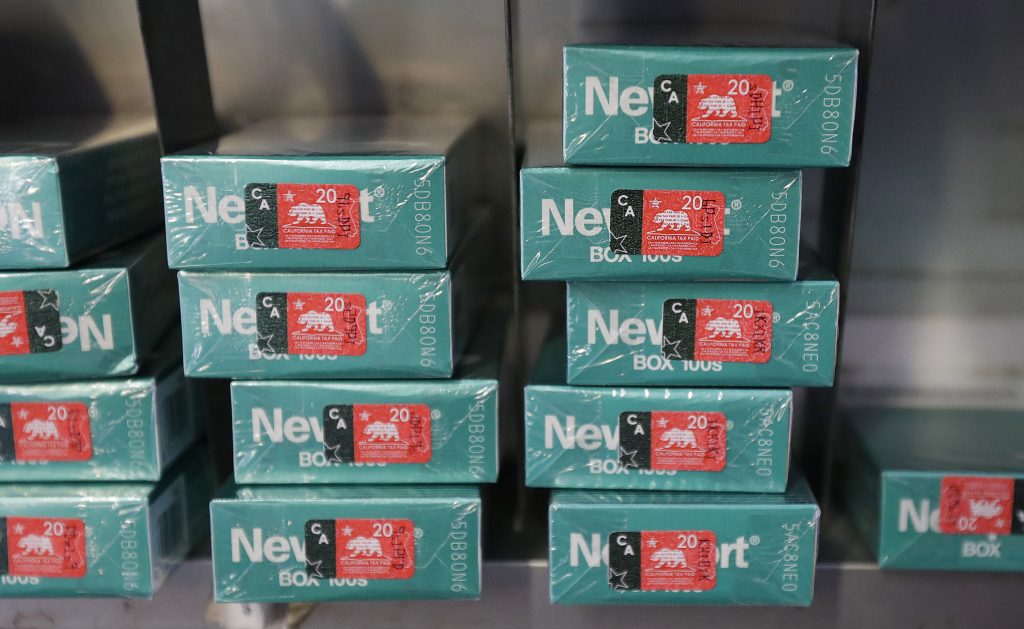 Lawmakers in Hawaii have proposed legislation that would begin phasing out cigarettes in the state, banning them altogether within the next several years.

At least, for people younger than 100.

The bipartisan bill, HB1509, aims to raise the legal minimum age to use cigarettes to exclude everyone but centenarians by 2024 to “keep people healthy and alive in the Aloha State,” state Rep. Cynthia Thielen, R, one of the sponsors of the bill, said Tuesday afternoon in a phone interview with The Washington Post.

“I know it may be a hard road,” Thielen added, “but you have to take that first, strong step — and that’s what we’re doing.”

In recent years, Hawaii has been at the forefront of the tobacco debate, increasing taxes and regulations and becoming the first state in the nation to ban smoking for people younger than 21.

But Thielen, the state representative, said that previous legislation has simply “poked at different portions of the problem.”

The proposed bill, which was introduced late last month, “hits at the center of it and prohibits smoking in our state,” she said.

According to HB1509, cigarettes are “considered the deadliest artifact in human history,” causing “more preventable disease, death, and disability than any other health issue” in the state.

State Rep. Richard Creagan, D, the bill’s co-sponsor, told the Hawaii Tribune-Herald that he does not think the state is overreaching.

“Basically, we essentially have a group who are heavily addicted — in my view, enslaved, by a ridiculously bad industry — which has enslaved them by designing a cigarette that is highly addictive, knowing that it is highly lethal. And, it is,” he told the outlet.

Creagan, a physician, added that the state “is obliged to protect the public’s health.”

“This is more lethal, more dangerous than any prescription drug, and it is more addicting,” Creagan told the newspaper, referring to cigarettes. “In my view, you are taking people who are enslaved from a horrific addiction, and freeing people from horrific enslavement. We, as legislators, have a duty to do things to save people’s lives. If we don’t ban cigarettes, we are killing people.”

Creagan and the bill’s third sponsor, State Rep. John Mizuno, D, could not be reached for comment by The Washington Post.

Cigarettes are the leading preventable cause of death in the United States, causing more than 480,000 fatalities across the country each year, according to the Centers for Disease Control and Prevention. The CDC states that cigarette smoking has been linked to 90 percent of all deaths from lung cancer and 80 percent of all deaths from chronic obstructive pulmonary disease (COPD).

As The Post has previously reported, research has shown that most adult smokers admit that they began smoking as teenagers — an age when, public health advocates say, tobacco is particularly damaging. But studies have also shown that smokers who quit between ages 35 and 44 may avoid an early death.

Thielen, one of the sponsors of the proposed legislation, said that passing the bill will be “a challenge,” but she added that it is the “initial push to say, ‘This is important. We need to act on it.’”