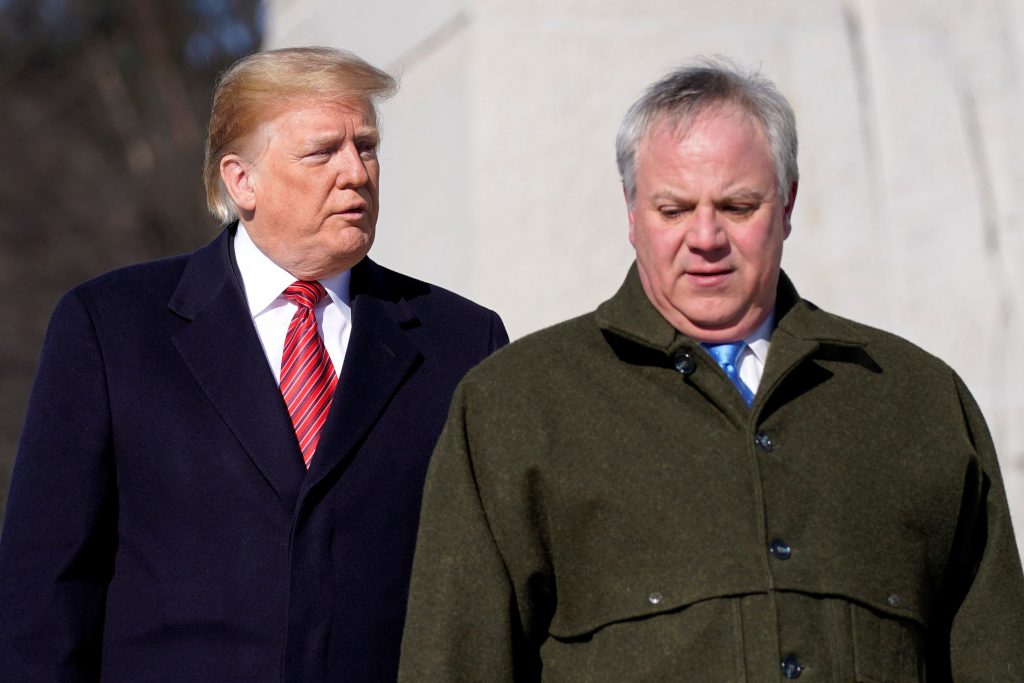 Trump tweeted Monday that Bernhardt “has done a fantastic job from the day he arrived.”

The Colorado native first served in the department under President George W. Bush. He had been a deputy under Zinke.

Bernhardt also worked as a lobbyist and lawyer for several oil and gas companies and other interests that sometimes have regulatory matters before the department.

Republicans say Bernhardt’s revolving-door experience makes him an informed regulator in matters before the agency. Democrats and environmental groups say he’s vulnerable to conflicts of interest.