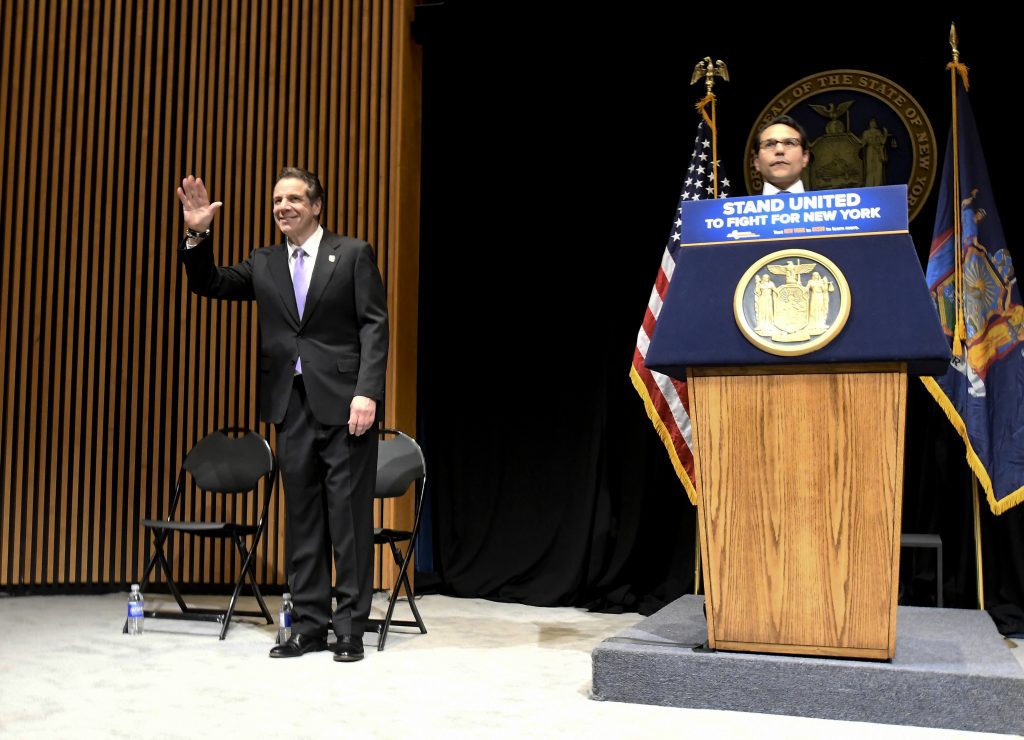 State officials say New York’s income tax receipts are down more than $2 billion so far, and Democratic Gov. Andrew Cuomo is placing the bulk of blame on the effects of last year’s Republican-led federal tax cuts.

Gov. Cuomo says at a state Capitol news conference Monday that the federal law capping a deduction for state and local taxes at $10,000 is the main culprit for a projected $2.3 billion deficit.

Democrats in Albany had warned that the tax cuts would hurt predominantly Democratic states such as New York.