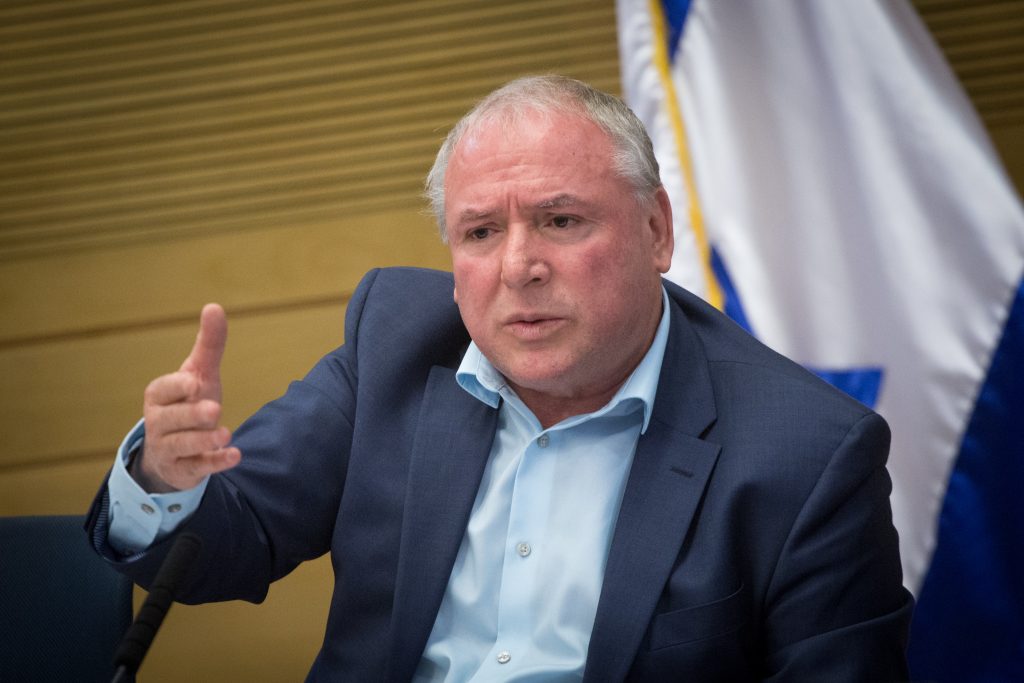 Autism was the topic of the day in the Israeli elections, as MK David Amsalem (Likud) used the term to question the integrity of Benny Gantz – and was slammed for it by Yair Lapid. Amsalem subsequently apologized for bringing the subject of autism into the political arena – and told Lapid, whose daughter suffers from autism, that he was not the only one with a similar burden.

The controversy began when Amsalem was interviewed Monday morning on Radio Hadarom, with the Likud MK discussing the candidacy of Gantz and his popularity in the polls. Amsalem told the interviewer that Gantz ought not be talking about misallocation of government funds or corruption issues when discussing Prime Minister Binyamin Netanyahu. “When Gantz left the IDF he made for himself a going-away party that cost NIS 600,000, all out of the public till. I said to myself that if it were the Prime Minister who had spent NIS 6,000 on a party, I imagine the top police investigators, along with [State Attorney Avichai] Mandelblit, would launch an investigation.”

When the interviewer pointed out that it was likely not Gantz who organized the party and spent the money – and as guest of honor likely did not know how much was being spent – Amsalem responded by saying “look how far you are taking this – as if the IDF Chief of Staff is a victim of autism, who is not interested in anything and understands nothing.”

Lapid, who has a daughter suffering from autism, took the opportunity to knock Amsalem and the Likud. “It’s as if my daughter has a curse upon her, according to Amsalem,” he wrote in a social media post. “In Amsalem’s world they always push around the weak. Benny Gantz is not autistic. They don’t have to stop the car when he tries to bite his mother,” he wrote, cataloging some of the experiences he has had as a parent. “He doesn’t swipe food off other peoples’ tables in a restaurant, he doesn’t require full anesthesia when undergoing dental work, his parents are not up all night trying to figure out who will take care of him when they are old. I am a politician and am supposed to talk politely, but not this time.Take care to speak nicely about my daughter, Amsalem.”

In response, Amsalem wrote in a his own social media post that “Lapid as usual is cynically taking advantage of any possibility to advance himself politically. I had no intention of hurting him or his daughter, and certainly not those who suffer from autism or have special needs. Mr. Lapid, you are not the only one in this boat; I have a little sister who suffers from autism and we have been struggling for years to take care of her. We have had similar experiences as you, so certainly my intention was not to hurt anyone. I find it sad that you try to get a few votes by using such a sad and hurtful issue. If anyone was hurt I do apologize from the bottom of my heart,” Amsalem added.